From the very talented Matteo Veneziani, we are pleased to announce his next project which is one of Europe's most popular holiday destinations.

As part of the Sporades archipelago in the Aegean Sea, Skiathos is best known for its beaches and vibrant, youth-driven nightlife scene. All the action centres around Skiathos Town, where bars and restaurants spill onto sidewalks and there are open-air, waterfront clubs between the town and the airport.

Named after one of Greece's most influential novelists, Alexandros Papadiamantis Airport is among the most iconic plane spotting locations in Europe, exciting both locals and aviation enthusiasts. As a popular holiday destination, the airport sees an increase in traffic in the summer months from destinations like Newcastle, Leeds Bradford, Edinburgh and Vienna.

The scenery encompasses both the airport in complete detail, as well as the entire island with custom buildings, hotels and other landmarks that are waiting to be explored. Brand new 50cm custom aerial imagery has also been used for the airport for an up to date depiction of its layout as well as custom GSE and static aircraft. 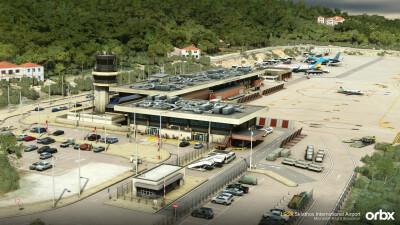 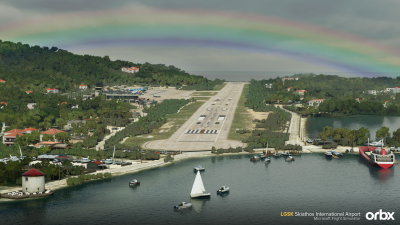 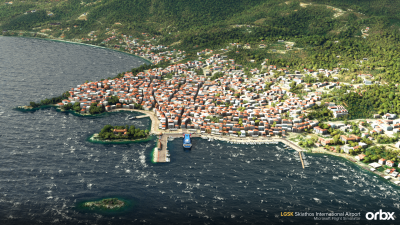 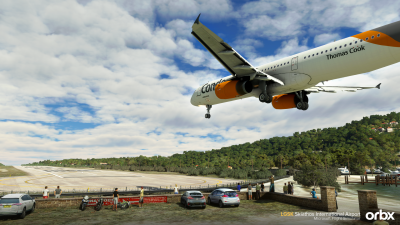 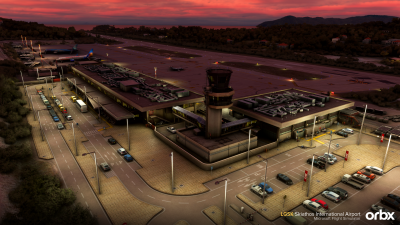 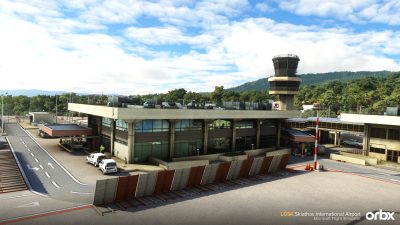 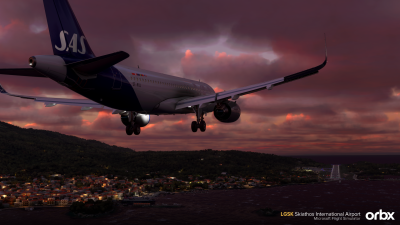 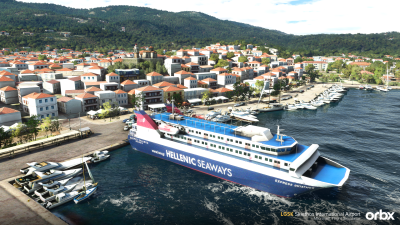