The original DHC-3 Otter ceased production in 1967. Since then many of these sturdy bushplanes have had their 600HP Wasp radials swapped out for a more powerful turbo-prop power plant thus improving reliability and performance. Our Turbo Otter features a Pratt and Whitney 750 HP PT6A-34 turbine and is based on the typical Viking or Vazar conversion with included STOL kit. In looks and performance it brings the Otter right up to date.

Turbo Otters like their radial predecessors are used extensively across all types of flights: charters, tourist work, cargo and scheduled service, flying passengers and bulky loads deep into the bush, to airfields that would be impossible for most other aircraft.

The overall gross weight is the same as the radial version, but the lighter weight of the turbo-prop powerplant allows the payload to increase by approximately 400lb. The increased power allows shorter take-offs and landings, greater rate of climb and a higher cruising speed - but be careful: in some situations the PT6 can deliver more power than the airframe can handle safely!

The Turbo Otter can carry payloads up to 2,600 lbs.and has a maximum passenger capacity of 9. Cruise speeds up to 140 kts over a maximum range of about 625 miles.

The workhorse capabilities of the DHC-3T Turbo Otter are able to be put to the test. Four separate configurations have been included for landing gear: Standard wheels, amphibious floats, skis, tundra tires; each model complete with tuned flight dynamics that accurately reflects differences in performance and handling.

The interior can be outfitted for nearly any adventure you'd like, with separate passenger and passenger/cargo combinations. Individual passenger and cargo locations can be loaded/unloaded in the simulator, allowing for the visual emulation of flying to a destination and back again.

The MilViz DHC-3T Turbo Otter features an intricately modeled, true-to-life interior and exterior, with an abundance of fine detail. All gauges, switches and controls feature smooth animation. Custom lighting makes night operations atmospheric and immersive, while high resolution textures with lifelike metal effects and realistic weathering create a simulation like no other.

Using code developed for our forthcoming King Air, Tomas and his programming team have pulled out all the stops to bring you what we hope you will agree, is the most accurate and realistic rendition of a PT6A-34 available anywhere today.

All functions and characteristics emulate the real-world classic turbine down to a tee. If you have experienced one in real life you will recognise the distinctive start up, and the way power, sounds, temperature and internal pressures are all meticulously co-ordinated.

Building on our experience with replicating the DHC-2 Beaver and DHC-3 Otter, the MilViz DHC-3T Turbo Otter offers a comparable level of systems depth and functionality. Our goal is to create an immersive, true-to-life experience for any simulator pilot, regardless of experience. Choose to fly the Turbo Otter by the book, or simply jump in and fly, your choice!

Our DHC-3T goes far beyond the default simulator functionality in order to provide an accurate, realistic recreation of key characteristics and systems functionality. The electrical system is closely simulated, with operable circuit breakers present for key systems. The operation of the flaps, operated much like the Beaver with a selector valve and a hand pump, behaves realistically. And a powered tailwheel system has been custom created for this aircraft with a three way toggle switch that allows switching between powered, free castoring and locked.

The dangerous effects of icing is also simulated, with serious consequences for disregarding potentially dangerous flight conditions. Ice accumulation can be hazardous to the Otter, leading to airspeed loss and a stall; freezing rain can disrupt static instruments and cause incorrect readings.

And at the very core of this simulation is a carefully tuned flight model that seeks to impart the unique flight qualities of this STOL-capable workhorse, created by an author with DHC-3 experience.

The DHC-3T Turbo Otter includes our custom coded, very accurate simulation of the venerable KAP 140 autopilot. Faithful to the original, from the font used to the replication of servo drives on the trim wheels and the yoke. The logic used in the KAP 140 has been carefully replicated to deliver one of the most realistic autopilot simulations available. A separate manual for the autopilot has been included.

Depending on the era and role you're simulating, we've allowed for an extremely wide variety of options for avionics and third party GPS units. With this package, an extensive amount of compatibility for popular third party gauges and avionics is available. Built-in configuration support from within our MVAMS application is included for the following:

Please note that compatibility for the above 3rd party gauges (such as from Flight1, RealityXP, Mindstar, NavStax) includes support for installation and setup of our product only; use of any of the offered options requires a functional existing installation of the appropriate gauge.

The MilViz DHC-3T Turbo Otter package also includes a copy of the innovative MilViz / REX WX Advantage weather radar. The presence of this weather radar unit in the panel is completely optional - you can fly with or without it! (Please note: The included WX Advantage will only function in the DHC-3T.) 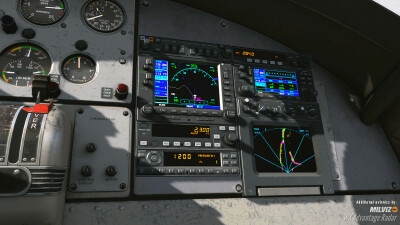 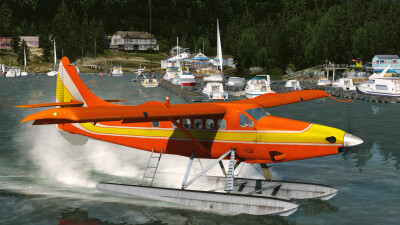 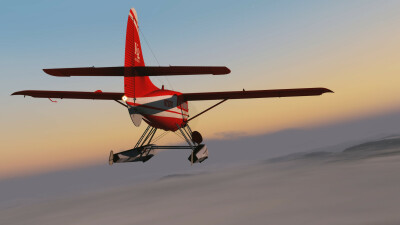 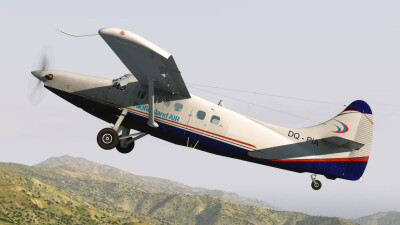 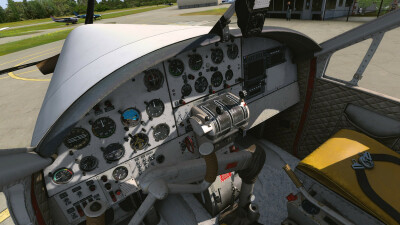 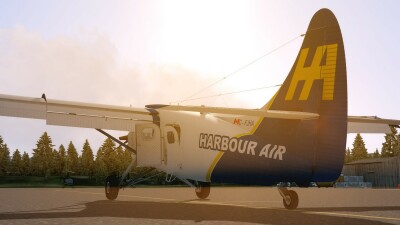 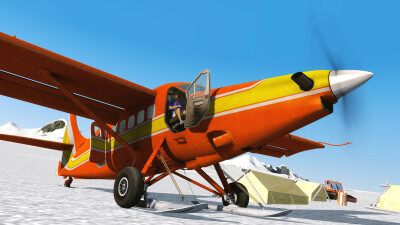 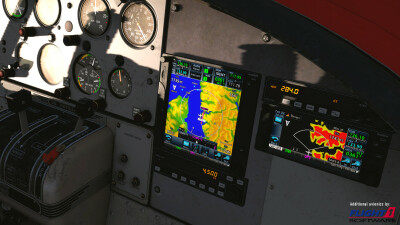 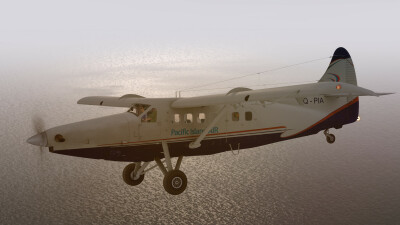