The master of all trades? Well, perhaps that is a bit elaborate; however, the Cessna 182 is the proven master of a great many aeronautical “trades”, indeed. So, what are the “trades” that we want a General Aviation (GA) aeroplane to be the master of? Well, we want it to be fast, carry lots of fuel, people and baggage, climb well, stall gently, be easy to land and fly, be economical to operate and maintain, and generally be a safe and pleasant ride for us and our passengers — that’s a lot to ask of one aeroplane. After all, the physical world is based upon compromise and give and take; what is gained here is lost there, etc. Because of this necessary compromise, when it comes to mastering all of these “trades”, virtually every aeroplane fails to make the grade. Some exhibit very high performance but are a handful to fly for the average pilot and others are as gentle as a puppy, but do not perform so well. That ubiquitous physical compromise is present in most instances.

Lycoming 540 engine Most A&P mechanics refer to the Lycoming 540 as being “bulletproof.” Consider that a Chevrolet big block in an early ‘70’s Corvette is 454 cubic inches, a Skyhawk’s engine is either 320 or 360 cubic inches (like small automobile V-8). The Skylane engine is 541.5 cubic inches, which is bigger than the previously mentioned Chevy big block. I have the same engine in my Comanche, and you feel this 50% bigger engine under the hood, just rumbling and rattling, waiting to be opened up on takeoff. We expanded Accu-Sim to capture the more aggressive nature of operating such a nice and powerful GA engine.

Constant speed prop – propeller physics We upgraded the propeller physics for the Skylane in several areas. This was necessary to deliver the best experience when operating this new system. For example, many people don’t realize that a 2-blade propeller will generally cruise faster than a 3-blade at all but the very highest altitudes (and I’m talking where oxygen is required). The Skylane manual is based on the 3-blade, so you can squeeze out even more speed by using a 2-blade. The high cruise is just around 167 mph with a 3-blade, and around 170 mph with a 2-blade (keep in mind every plane will have slightly different cruise speeds, which speaks to the uniqueness of each airframe, engine, and prop). However, the 3-blade propeller will, in general, pull harder off the line and perform better in steep climbs. We also improved the modeling and sound of the propeller when it both flattens out and cuts into the air, which is most noticeable during prop checks on the ground.

Cruise management – beyond the book This was an unexpected, but pleasant discovery when making the Skylane: Our cruise performance accuracy actually exceeds the pilot’s manual. Yes, we’re actually better than “by the book.” This is because some figures in the POH are calculated / estimated. For example, in Accu-Sim, you can realize the benefits of flying at lower RPM’s with higher manifold pressure, or “over square” (higher manifold pressure X 100 than RPM). Some pilot’s are still being told today that running a modern GA engine over square is bad, which is a technique recommended on some older, larger radial engines of the past. The fact is that most engines run better and more efficient at lower RPM and higher manifold pressure, rather than high RPM and low manifold pressure (just make sure you follow the guidelines in the pilot’s handbook for the airplane). Accu-Sim models this efficiency, and we confirmed this on our actual flight tests. So, you will be experiencing the same differences from the POH with Accu-Sim than with the actual airplane. You will also find yourself thinking hard about your mixture, how it affects your cruise performance, temperatures, economy, etc., just like in the real aircraft. Just make sure, any real world pilots out there reading this that you follow the recommended cruise settings for your airplane because there is a limit to how much manifold pressure you are able to use at certain a RPM. Also, some engines require you to avoid certain power settings / RPM ranges due to vibration and balance issues. There is no one size fits all approach, but this Accu-Sim Skylane will certainly help both pilots and sim enthusiasts learn better flying skills and engine management practices.

Cowl flaps and advanced combustion physics We further researched and developed engine temperatures, both cylinder head and exhaust gas temps. We also re-formulated the impact of mixture on the process and temperatures.

Expanded physical sound The starter physics, engine starts, shutdowns, and in flight physics are pushed even further. Try playing with the throttle, or kicking the rudder at speed or doing a prop check. It’s a world of wonderful physics that drives our sound engine.

Hand towing We added a new feature, turning your flight stick or yoke into a tow bar. It really gives the feel you are moving a large plane around, and you can put it exactly where you want it, however you wish. Our own Captain Jake said the other day “This towing is fun!” That’s a good sign coming from a 14 year old. 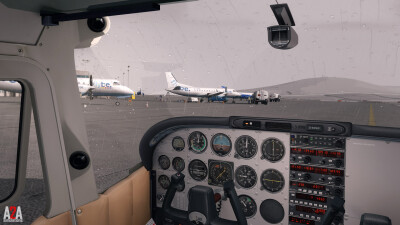 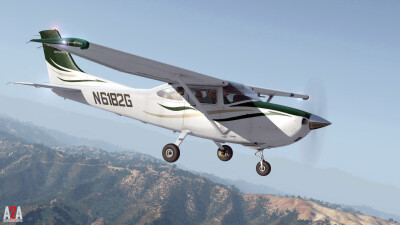 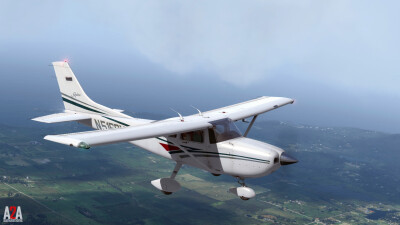 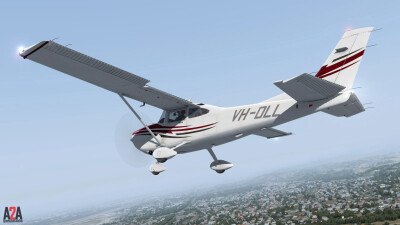 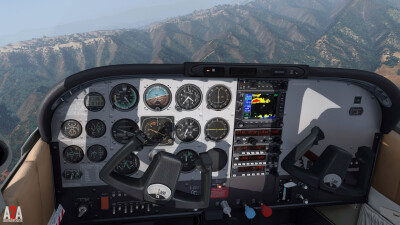 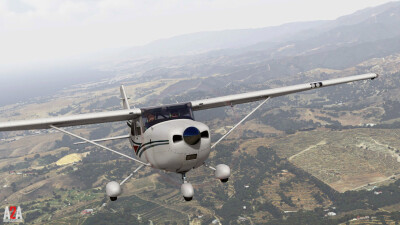 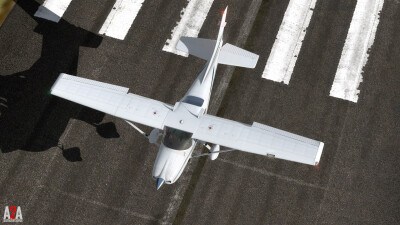