Memphis Belle survived the war and most recently has been taken in for restoration by the United States Air Force Museum. Sadly, the original Belle had been the subject of vandalism over the years and the bulk of her original equipment and fittings removed. However, the Museum with the assistance of the Memphis Belle Association have been able to put her back on track to full restoration to how she was when she arrived in the States for her War Bond tour.

Completing the lineup is Bare Metal, a fictional B17-20 finished in unpainted aluminium. Although this never happened for the early models, it gives a taste of how they might have looked fresh from the factory before the drab green was applied.

B17-Gs include "E-Z-Goin'" , a remarkable aeroplane that survived a "kamikaze"- style attack by an Me109 which sliced through the aft section of the fuselage nearly severing the entire tail. Miraculously, the crew nursed the aircraft back to base where she was repaired and flew on until the end of the war. Another "Nine'O' Nine, completed a total of 140 missions - the most by any 8th Air Force bomber and never lost a crewman.

All models have droppable bombs, operated from the cockpit, animated turrets and all crew present including the ball-turret gunner.

A massive amount of detail has been included yet framerates are low for smooth flying on all but the slowest computers. Even the diamond treads are bump-cut into the tyres!

A fully functional cockpit includes authentic start procedures and engine management including the turbo-superchargers. You also have a choice of conventional flood or ultra violet lighting at night.

From the fully detailed nose section to the animated tail-gunner, this package really does do homage to one of history's most illustrious icons and an aviation legend.includes many special features including a fully detailed cargo bay, deployable para-troops and a cargo-drop function. The cockpit is authentically modelled and provides a highly realistic flying experience. 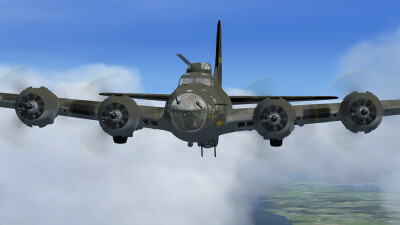 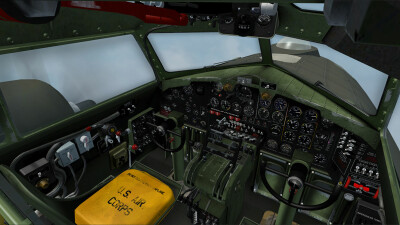 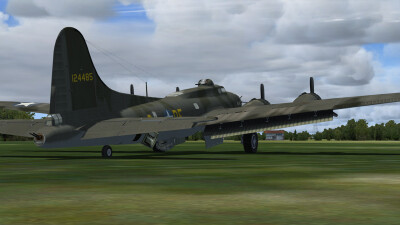 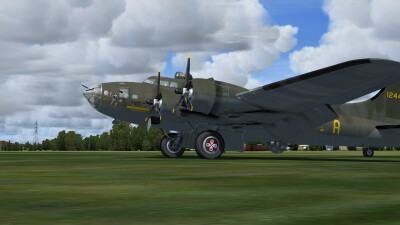 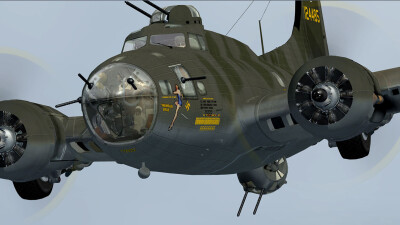 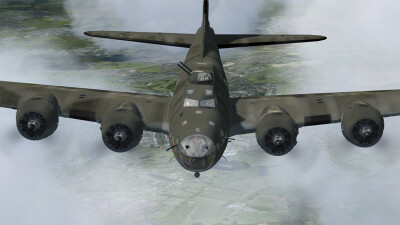 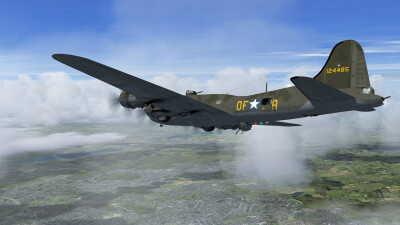 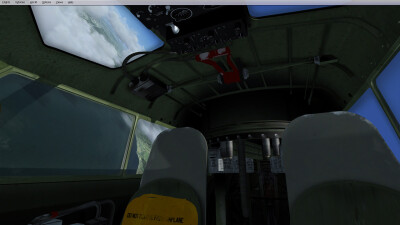 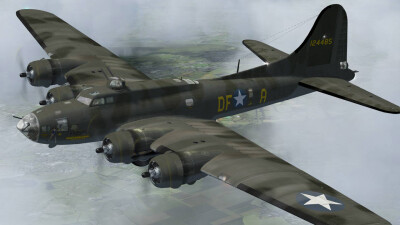