In the 1930's and 40's, Miles was a prolific producer of sturdy, lightweight and efficient light aircraft. They produced cabin monoplanes and one-off racers to compete in the many air races of the period.

One such racer was the Hawk Speed Six, a development of the Hawk Major trainer, one of only three ever made and the subject of our simulation.

A new lower profile canopy was fitted in 1939 and the paintwork changed from the traditional Miles cream to black and cream. The airframe was dismantled and stored throughout the war years .

After the war, 'No 8' was campaigned by Ronald Paine who owned and raced the aeroplane for nearly 18 years. In 1971, with a new owner, 'No.8' underwent a complete overhaul and refurbishment and Ronald Paine once again flew her to a second place in the King's Cup of 1972.

Today, the aeroplane can be seen at air shows, still thrilling crowds wherever she appears. 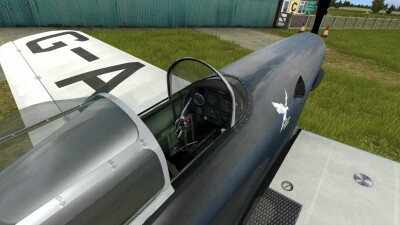 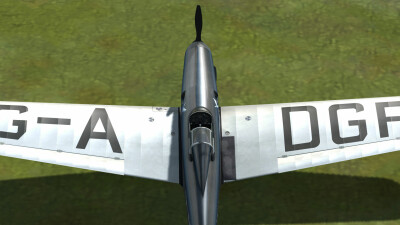 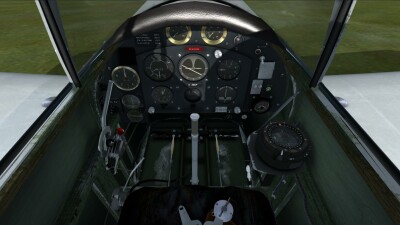 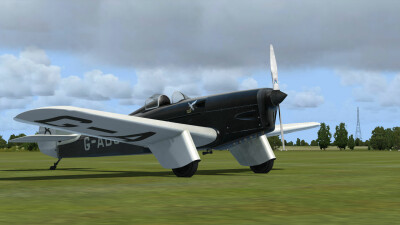 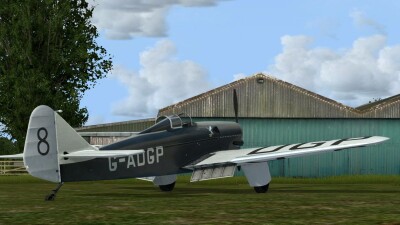 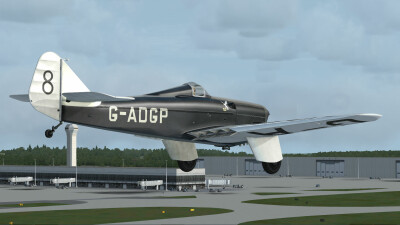 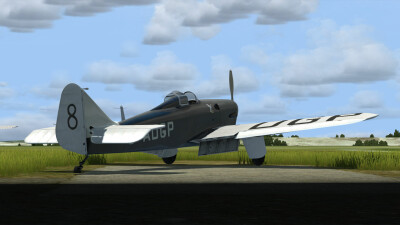 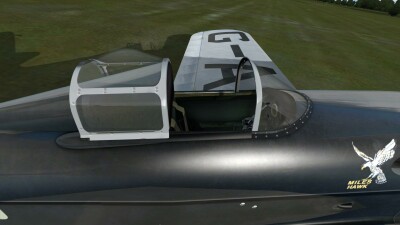