Situated alongside the A303, just north of Winchester, Popham Airfield is home to the Spitfire Flying Club.

In the early 1970’s the land alongside the A303 was purchased by Jim Espin, a member of the Hampshire Strut of the Popular Flying Association. With the aid of fellow members of the Strut, the land was cleared, levelled, seeded and transformed into an airstrip. The original strip is now the 26/08 runway of the present airfield. In 1978, the airfield was purchased by Charles Church, an avid collector of Spitfires. A second runway was added and the airfield was expanded to include additional hangers.

Today, Popham Airfield welcomes over 10,000 visitors annually and is famous for hosting many events over the year, including the Microlight trade fair in May, the annual Motorcycle Mega Meet, Classic Car Show and Vintage Aircraft Fly-in in August and the New Year’s Day Fly-in.

Popham Airfield has been painstakingly recreated by Burning Blue Design’s modellers and coders undertaking multiple on-site visits and flights. We have worked in collaboration with AirBourne Aviation to ensure the highest levels of accuracy. It features:

Numerous custom aircraft have been added around Popham to enhance the realism and better reflect actual aircraft found at the airfield:

Correct AI pattern procedures and accurate taxiway and runway placement have been incorporated into the airfield. Key navigational landmarks in the surrounding area have been included:

In honour of the car and motorcycle events hosted at Popham, the car park includes: 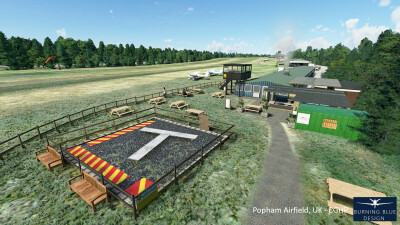 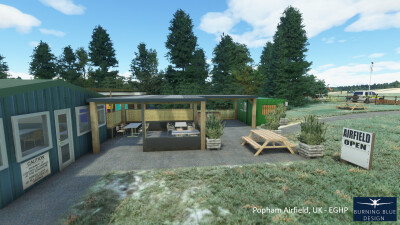 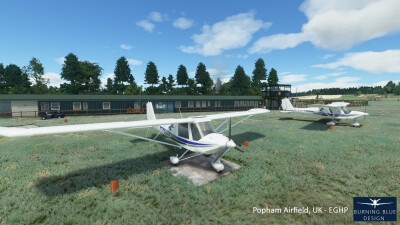 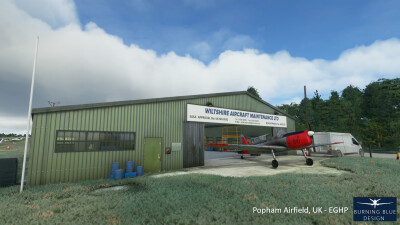 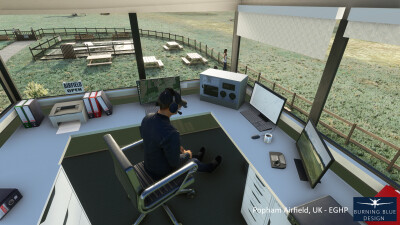 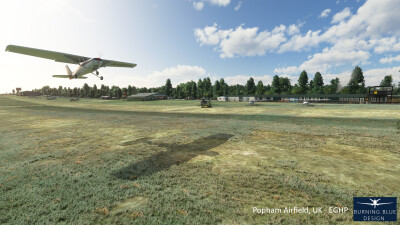 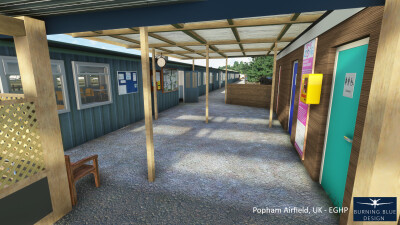 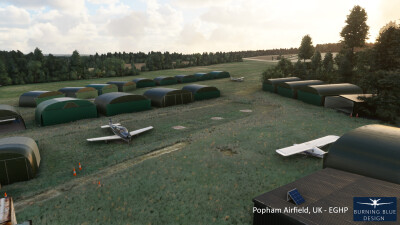 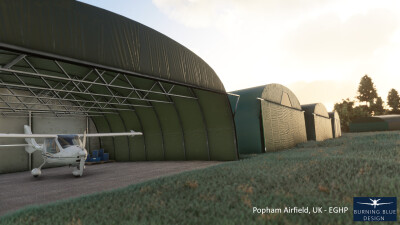