This purchase will earn you 30 Orbs!
Orbs multiplied by 2x during the Launch Promotion promotion. Offer ends on 03 October 2022 at 01:00Z

There’s a lot to see at Goodwood…

Sitting at the foot of the rolling South Downs, in Southern England, Goodwood Aerodrome is an intoxicating mixture of new and old.

Originally known as RAF Westhampnet, the aerodrome was built in World War Two as an emergency landing airfield and satellite station for nearby RAF Tangmere. Throughout its lifetime, RAF Westhampnet was host to over 30 squadrons from The Royal Airforce, The Royal Canadian Airforce, The United States Army Air Force, The Royal New Zealand Airforce and The Naval Air Squadron. After the war the aerodrome was passed into private hands and its name changed to Goodwood, as the land it sits on was originally leased from Goodwood Estate, which was owned by the then Duke of Richmond, Frederick Gordon-Lennox.

Today Goodwood is still alive with activity, there is a popular flying school operating a fleet of Cessna 172s, Spitfire and Harvard passenger flights and a lively general aviation scene. Of course the aviation side of Goodwood is only half the story, the famed Goodwood Motor racing circuit encircles the airfield and is the only classic circuit left in the world today dating from 1948. Event weekends such as The Goodwood Festival of Speed and The Goodwood Revival see hundreds of thousands of visitors descending on the circuit on event weekends and throughout the year.

Goodwood Aerodrome has been recreated faithfully over many hundreds of hours by Burning Blue Design’s modellers and coders with multiple on-site visits, and features:

Actual aircraft from the aerodrome the have been included and placed in accurate locations: Supermarine Spitfire Mk IX G-IRTY ‘The Silver Spitfire’

Goodwood Motor Circuit has been enhanced along with the aerodrome, this includes: 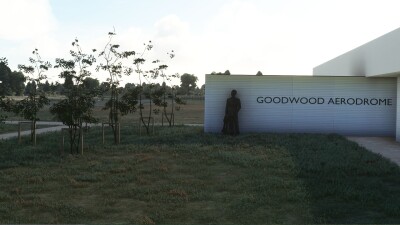 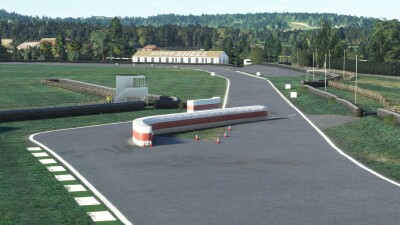 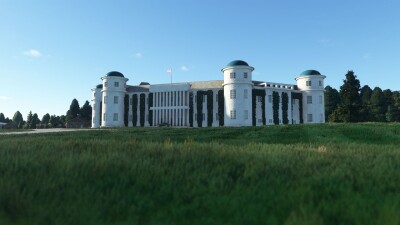 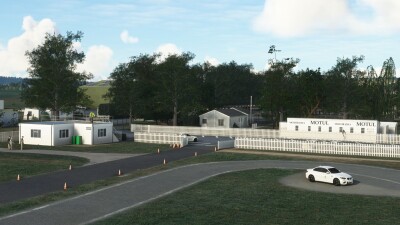 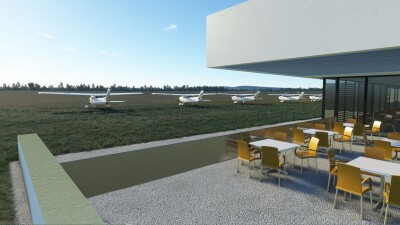 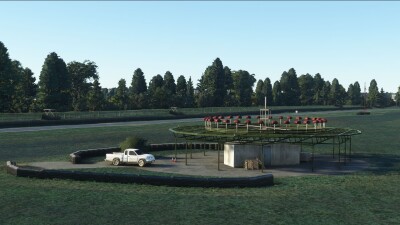 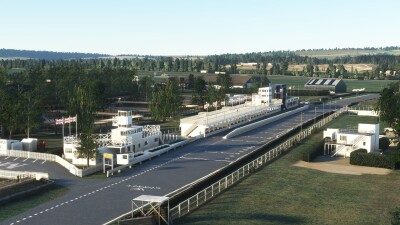 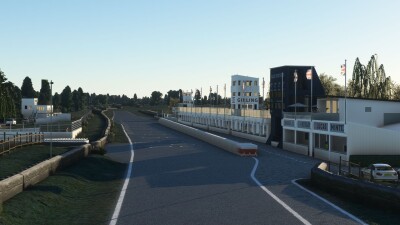 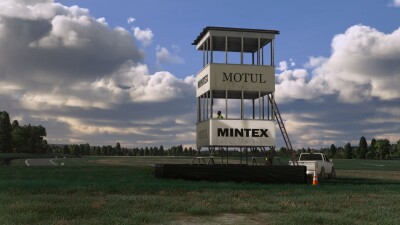