Cityscape Brisbane is an exciting addition to our top-selling urban scenery series for Prepar3D, which includes locations such as Honolulu and Canberra.

Being one of the most popular destinations in Australia, this river city is known for its subtropical climate, alfresco lifestyle, and proximity to major tourist hotspots in Queensland.

Soak in the atmosphere as you fly above over more than 100 custom-made buildings and structures and discover this cosmopolitan destination in true Orbx style. Iconic landmarks include Brisbane Skytower, Suncorp Stadium, and The Gabba. Other key structures are the Riverside Expressway bridge system on the western side of the CBD and Story Bridge to the east.

Not content with having generic buildings surrounding our custom POIs, we’ve had Frank Schnibben, of Cityscape Honolulu and Sydney fame, fill in the entire downtown area with more than 4000 ‘CityEngine’ buildings that accurately portray their shapes, facades, and heights.

Cityscape Brisbane is designed as an add-on to our FTX Australia v2 Region and requires it to be installed. Our YBBN Brisbane International Airport v2 is optional but a perfect match 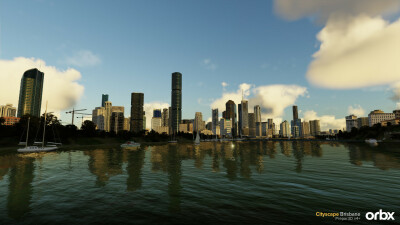 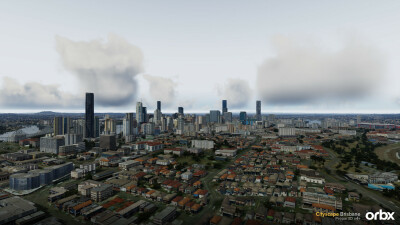 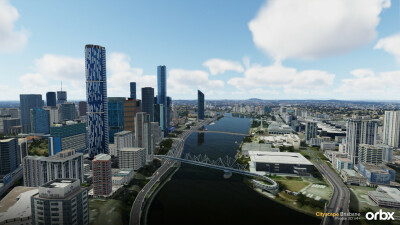 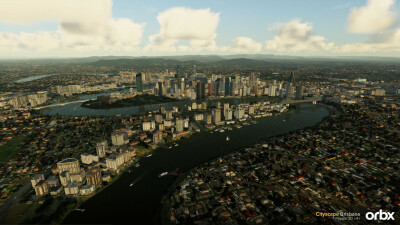 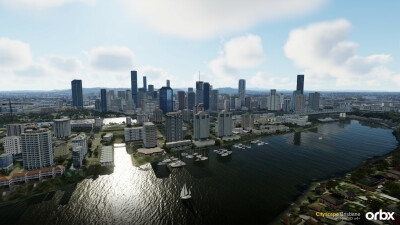 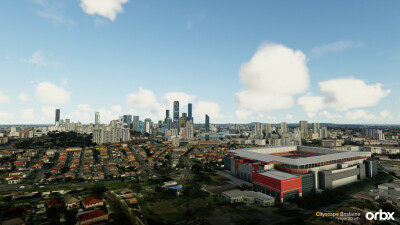 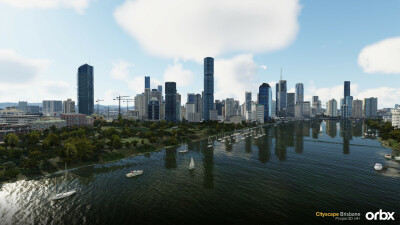 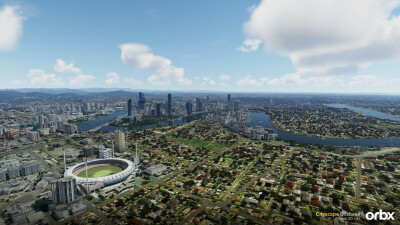 You require at least one of the following products to use Cityscape Brisbane.