Midway International Airport (IATA: MDW, ICAO: KMDW, FAA LID: MDW) is a major commercial airport on the southwest side of Chicago, Illinois, located eight miles (13 km) from the Loop. Established in 1927, Midway served as Chicago's primary airport until the opening of O'Hare International Airport in 1955. Today, Midway is the second-largest airport in the Chicago metropolitan area and the state of Illinois. Traffic is currently dominated by low-cost carrier Southwest Airlines; Chicago is Southwest's largest focus city.

Midway is a base for Southwest Airlines, which carries over 95% of the passengers at the airport. The airport's current name is in honor of the Battle of Midway. The Battle of Midway was a major naval battle in the Pacific Theater of World War II that took place on 4–7 June 1942, six months after Japan's attack on Pearl Harbor and one month after the Battle of the Coral Sea. The U.S. Navy under Admirals Chester W. Nimitz, Frank J. Fletcher, and Raymond A. Spruance defeated an attacking fleet of the Imperial Japanese Navy under Admirals Isoroku Yamamoto, Chūichi Nagumo, and Nobutake Kondō near Midway Atoll, inflicting devastating damage on the Japanese fleet. Military historian John Keegan called it "the most stunning and decisive blow in the history of naval warfare", while naval historian Craig Symonds called it "one of the most consequential naval engagements in world history, ranking alongside Salamis, Trafalgar, and Tsushima Strait, as both tactically decisive and strategically influential".

The now-defunct Midway Airlines that once serviced the airport took its name from the airport, not vice versa. The airfield is located in a square mile bounded by 55th and 63rd Streets, and Central and Cicero Avenues. The current terminal complex was completed in 2001. The terminal bridges Cicero Avenue and contains 43 gates with facilities for international passengers. The Stevenson Expressway (I-55) runs adjacent to the airport, heading northeast to Downtown Chicago and southwest to various suburbs. The CTA rapid transit Orange Line provides transit to Downtown Chicago where it connects with other subway/elevated rapid transit lines.

Chicago Midway International Airport covers just over one square mile (650 acres or 260 hectares) and has five runways. Midway is surrounded by buildings and other development, so the landing thresholds of the runways are displaced to provide obstacle clearance. The FAA and the airlines ensure safety by adhering to calculated load limits and various weather minimums. Because of the displaced landing thresholds, the runways have shorter distances available for landings than for takeoffs. 13C/31C, the longest runway, only has an available landing distance of 6,059 feet (1,847 m) in the southeast direction, and 5,826 feet (1,776 m) to the northwest. The largest aircraft normally seen at Midway is the Boeing 757. Normally, commercial planes only take off from and land on runways 4R/22L and 13C/31C. The other runways are used by smaller aircraft and, per the US FAA Chart Supplement are restricted from use by large commercial aircraft except in emergency. 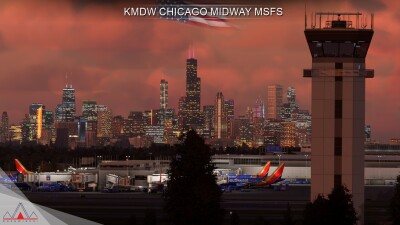 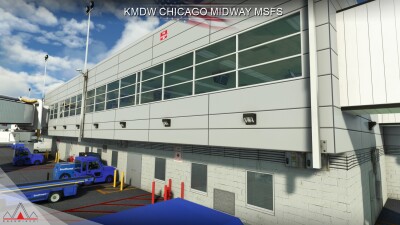 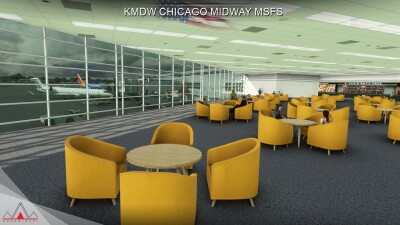 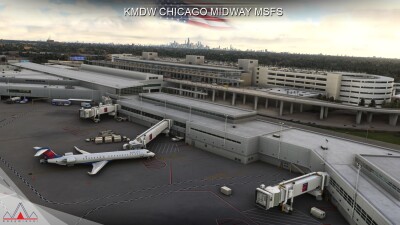 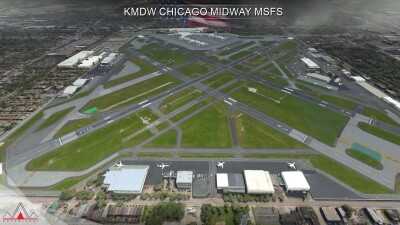 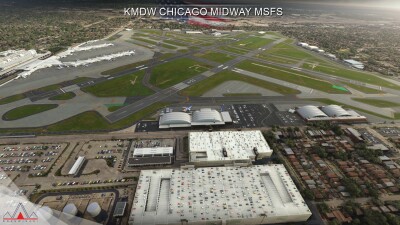 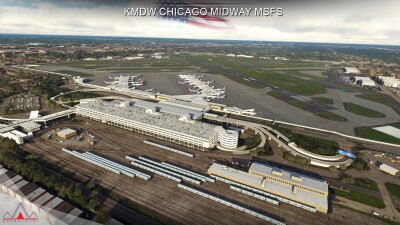 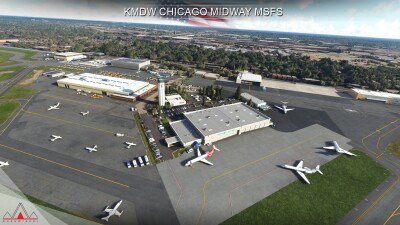 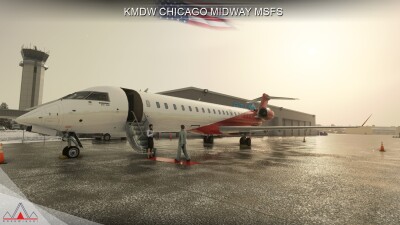