At long last Orbx visits the north of England with EGNM Leeds Bradford Airport! Located at Yeadon, about 7 miles northwest of Leeds and about 9 miles from Bradford, it was opened in October 1931 as Yeadon Aerodrome, and is still often referred to as Yeadon Airport by locals.

It is an iconic location set upon a plateau overlooking beautiful English countryside and features a very undulating runway, which is sure to challenge your approaches. It even has its own 6-part reality TV series!

It serves Leeds, Bradford and the wider Yorkshire region including the cities of York and Wakefield, and the District of Harrogate, and is the largest airport within Yorkshire, handling over 4 million passengers in 2018 with nearly 40,000 traffic movements.

EGNM offers over twenty destinations with the most popular being the Spanish and Portugese seaside and island resorts, Dublin, Amsterdam, Belfast and Heathrow. The two dominant airlines serving the airport are Jet2 and Ryanair but KLM, FlyBe and TUI also provide services. Aircraft types used include B733,738, A320, E190/195, Q400 plus smaller GA and commuter aircraft.

This superb recreation of this characterful airport has full PBR support, great lighting effects on the runway and aprons and is optimised for performance. 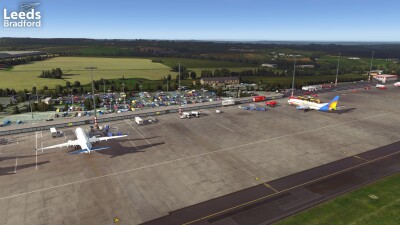 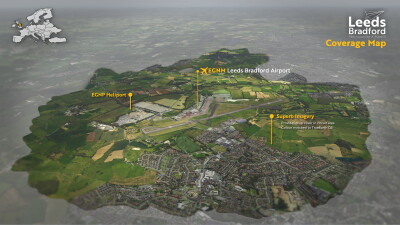 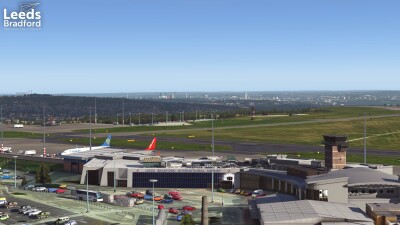 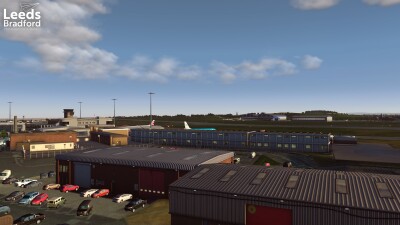 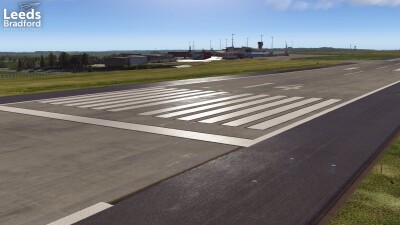 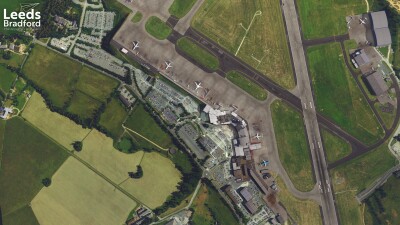 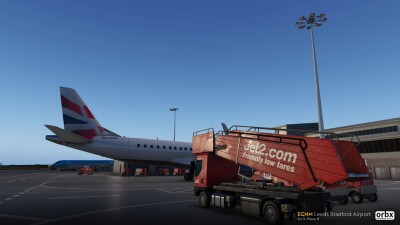 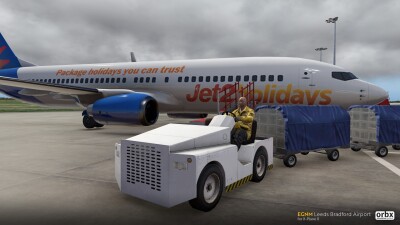 You require ALL of the following products to use EGNM Leeds Bradford Airport - X-Plane 11.