Acclaimed developer Marcus Nyberg brings to life the latest in his Swedish series of airports for Microsoft Flight Simulator with ESMS Malmö Airport. A major rework of his original rendition for P3D, ESMS-MSFS includes a total overhaul of much of the texture work and PBR materials, as well as a host of new content and features not seen in the previous release.

Serving as Sweden's fourth-busiest airport, Malmö welcomes passengers from across Scandinavia, as well as further afield across central and southern Europe. Many will know the airport by it's popular previous name - Malmö Sturup Airport - which although officially discontinued in 2007, is still what it is colloquially known by. Whilst most at-home with narrowbody (737/A320/E-Jet) and regional aircraft (BAe146/CRJ/F-50/ATR-72) types, Malmö also sees the occasional 747 or An-124. During non-COVID times, the airport is host to SAS, Braathens, Norwegian, Ryanair, Wizzair and more, whilst as a major cargo hub, is a port of call for UPS, Amapola and others.

One of the most unique features of the airport is the second runway and adjacent aero clubs - almost a separate GA airfield of sorts. The Sturup Aero Club is situated amongst the maintenance hangars, as well as several flight schools. Standing alone on the south side of the secondary runway, the Aero Club in Malmö and South Sweden Flight Academy provide additional facilities for the GA flyer looking to explore the area. Malmö is also a major Fokker 50 maintenance base for Amapola Flyg, as well as a graveyard/storage facility for the West Air BAe ATP fleet - both of which have been faithfully depicted in this scenery.

As to be expected from Marcus, no detail has been spared with the creation of Malmö. New PBR textures have been implemented, whilst a host of MSFS-native features such as sloped runway, dynamic lighting, custom projected mesh (ground poly) have been included. Brand new static aircraft and GSE models custom-designed for ESMS have been included, and a carefully colour-balanced custom aerial image improves the ground quality considerable over the default ortho. Including animated airside traffic, moving jetways and luggage trolleys that automatically get covered whilst raining brings even more immersion.

An airport built to the highest standards, ESMS combines the latest MSFS tech alongside best-practice optimization to ensure the perfect balance between stunningly high-fidelity visuals and excellent performance, perfect as your next Scandinavian destination! 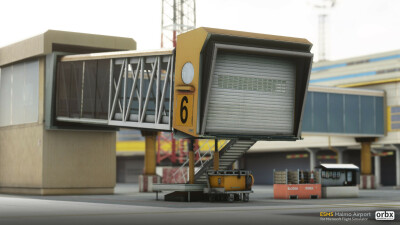 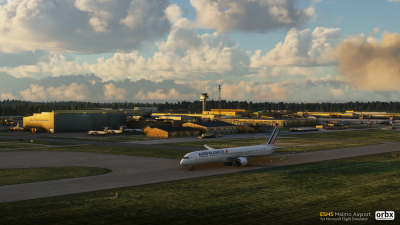 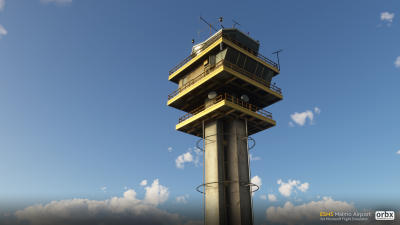 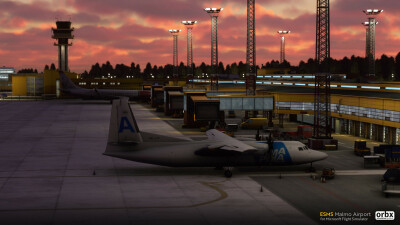 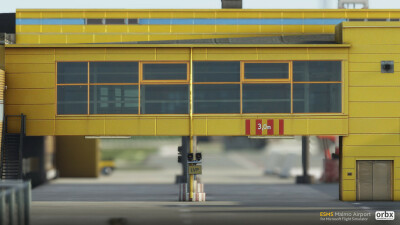 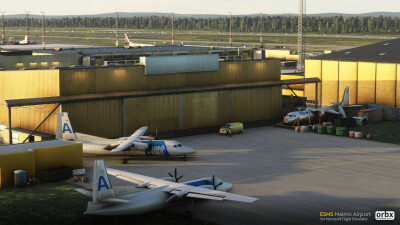 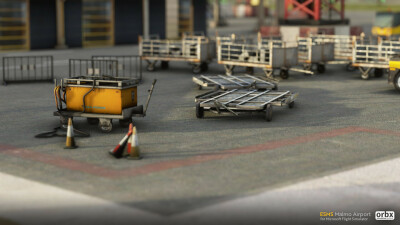 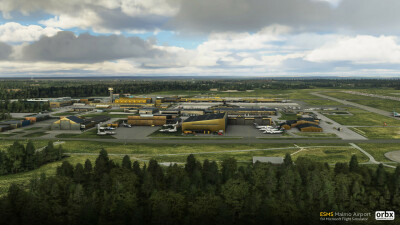 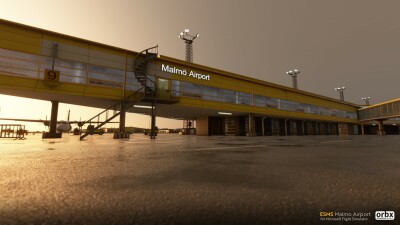