Corfu (Kerkyra, Κέρκυρα) is among the most famous islands of Greece, and sits high in the list of the most popular tourist destinations worldwide. It is the second largest island of the Ionian Sea, located at the northwest coast of Greece, and is defined by rough mountainous terrain, combined with beautiful resort‐filled shorelines. The island is bound up by history from the beginnings of Greek mythology, while nowadays its culture clearly reflects the many years of Italian, French and British inhabitation. The history of battles and conquests can be even seen today by the Castles punctuating strategic locations across the island. Two of these castles enclose its capital, which is the only city in Greece to be surrounded in such a way. In 2007, the city's old quarter was added to the UNESCO World Heritage List.

Corfu Airport, “Ioannis Kapodistrias” (Greek: Κρατικός Αερολιμένας Κέρκυρας, «Ιωάννης Καποδίστριας», IATA: CFU, ICAO: LGKR) is serving both scheduled and chartered flights from European cities with air traffic peaking between April and October. It was founded in 1937 and was used by German forces during the Second World War as a base for fighter aircraft. The latest extension to its runway was completed in 1959 with the first commercial flight taking place in April the same year. Its passenger terminal was installed in 1962 and is one of the busiest in Greece, serving nearly 2,5 million passengers yearly.

The approach to Corfu Airport is among the most scenic a pilot will have the chance to perform. The approach path to RW35 passes next to the mountainous terrain, which runs along the southern coast of the island, often challenged by strong winds on short final. A few meters before touchdown, the path comes low above the monastery of Vlacherna and the sea bridge connecting the western coast with the famous ‘Kanoni’, which is embedded into the mountain cliffs, at an ideal location for aircraft spotters. RW17 provides an equally thrilling approach amid hazardous terrain. Its path comes low above the ship harbor, and ‘cuts’ though Corfu downtown, with the old city of Kerkyra and its glorious two fortresses standing high on the left.

FlyTampa has a custom tool that can create ortho ‘patches’ for users with Ortho4XP. Visit their forum for more information. 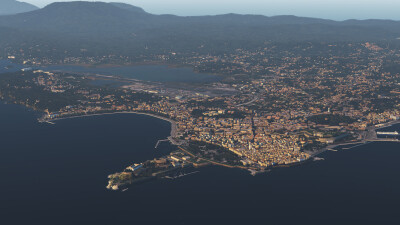 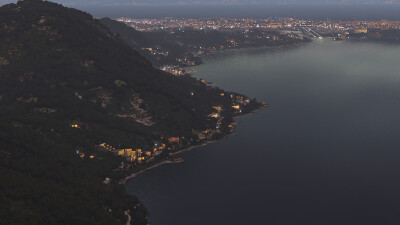 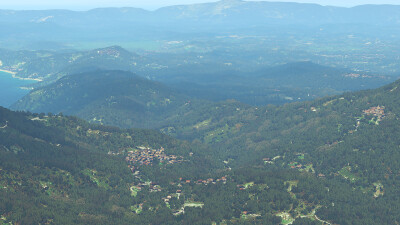 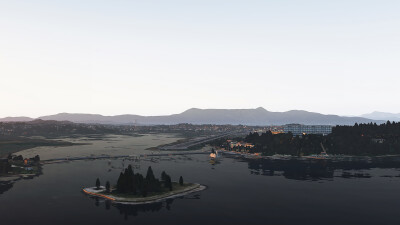 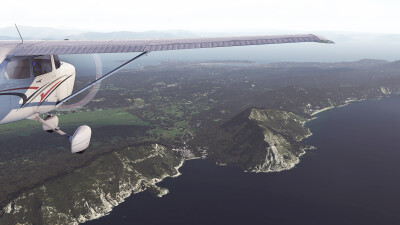 This product has been produced by FlyTampa. For FlyTampa product support, please to go https://www.flytampa.org/support.html