This package contains static, landable objects for the Ford-class ships and is primarily meant as a companion of IndiaFoxtEcho F-35C and T-45C aircraft for carrier recovery and launch operation.

The Gerald R. Ford class is a class of nuclear-powered aircraft carriers currently being constructed for the United States Navy.

The class, with a planned total of ten ships, will replace the Navy's current carriers on a one-for-one basis, starting with the lead ship, Gerald R. Ford replacing Enterprise (CVN-65), and then eventually taking the place of the existing Nimitz-class carriers.

The new vessels have a hull similar to the Nimitz class, but introduce technologies since developed with the CVN(X)/CVN-21 program, such as the Electromagnetic Aircraft Launch System (EMALS), as well as other design features intended to improve efficiency and reduce operating costs, including sailing with smaller crews.

This class of aircraft carriers is named after former US President Gerald R. Ford.

The biggest visible difference from earlier supercarriers is the more aft location of the island (superstructure). The Gerald R. Ford-class carriers will have a reduced whole-life cost due in part to reduced crew size.

AIRCRAFT LAUNCH AND RECOVERY FUNCTIONS MUST BE IMPLEMENTED AT AIRCRAFT LEVEL. CARRIER IS COMPATIBLE WITH INDIAFOXTECHO T-45C GOSHAWK AND F-35C LIGHTNING II. 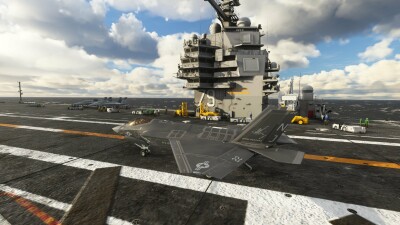 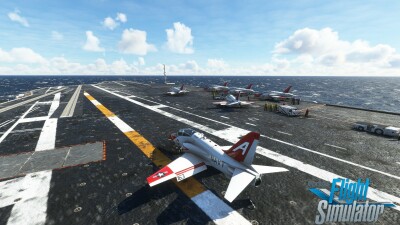 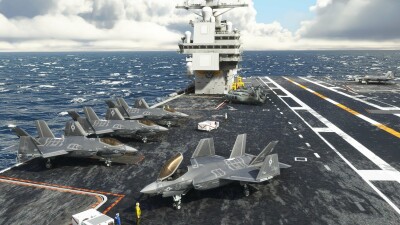 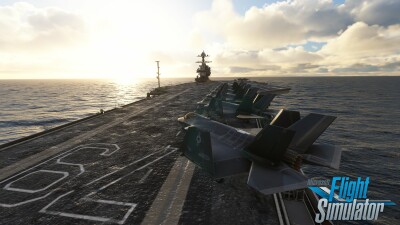 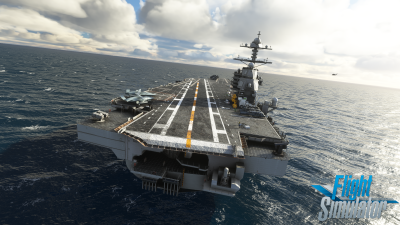 This product has been produced by IndiaFoxtEcho. For IndiaFoxtEcho product support, please to go http://indiafoxtecho.blogspot.com/