A prime safari destination and a bush pilot’s dream, the Okavango delta has been created in exquisite detail with the intent of offering sim pilots and virtual tourists an experience like no other!

Created from the ground up using the best techniques available in Microsoft Flight Simulator, the SWS Okavango delta is not just a scenery, but an experience like no other! Whether flying, droning or driving, there is always something to see as the Okavango wetlands are teeming with animals, tourists and safari camps.

To faithfully recreate the Okavango ecosystem, we researched the locations where you are more likely to encounter the various kinds of animals. We then proceeded to create tools that allowed us to place more than 8000 animals in their correct locations very quickly. Additionally, more than 4000 animals have been placed by hand to create some scenic, yet realistic views while overflying the camps and airports. In the Okavango wildlife reserve animals are left with total freedom, so be sure to overfly the airports and confirm that no animals are on the runway before landing!

Nine real-world airstrips have been created in spectacular detail! The rugged airstrips have been reconstructed in the simulator according to their real world counterparts, adding detailed objects and correcting the vegetation and wetlands around them. The six camps featured in the package are giving detail a new meaning in Microsoft Flight Simulator. Use the drone camera and explore the camp interiors, while tourists are enjoying wildlife or working out. Sit inside your lodge and watch the elephants as rain gently falls on the windows. Included camps:

Go animal spotting in one of the two included bush trips. Fly across the delta and visit some of the most important areas of the delta and remember that if you fly straight from point A to point B you are missing all the fun! 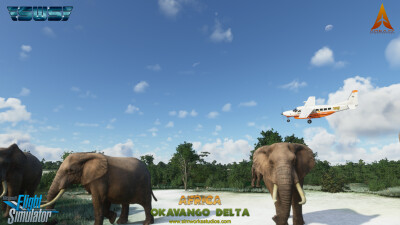 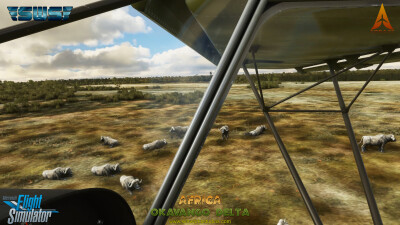 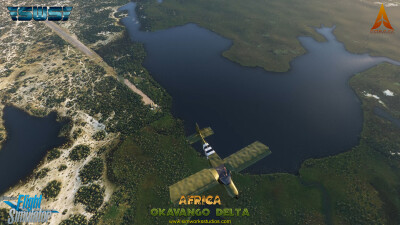 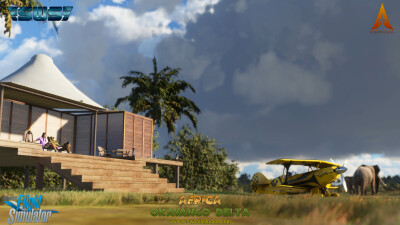 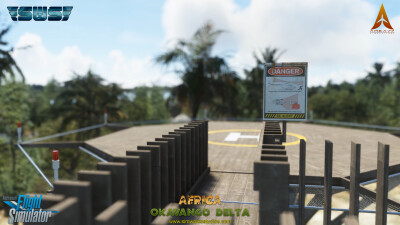 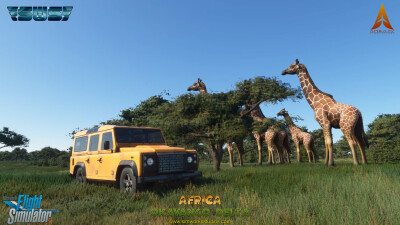 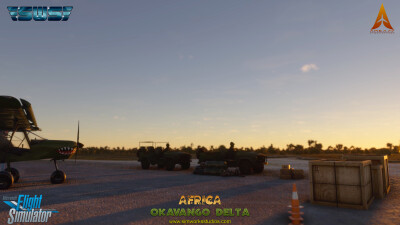 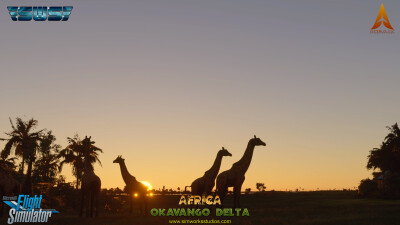