This purchase will earn you 59 Orbs!

Few airplanes define “stick and rudder” more faithfully and distinctly than does the Cub. Aeroncas, Taylorcrafts, Stinsons, Luscombes, Cessnas and all the rest are but refinements and alternatives to what was created by the advent of the Cub. They are all the heirs of the Cub, and as such, owe homage and their very existence to their venerable predecessor. Even if you have never actually seen a Cub in the flesh (and this is getting harder to do every year), if airplanes are your game, you have a good idea of what a Cub is all about. Virtually every pilot has flown or knows someone who has flown a Cub. If you throw a baseball, a paper airplane, and a stick into the air, each would behave differently based on its weight, density, and shape. Each will interact with the air and ultimately the ground very differently, just as we would expect. But what if you dropped a tennis ball on a hard surface, and instead of bouncing, it just hit the ground with a loud ‘clunk’ and stopped? We are physical beings that live in a world that has certain truths we take for granted, that is until they are gone. However, in a simulated world, nothing can be taken for granted. In fact, if the physics in a simulated world are not specifically created by someone, they simply do not exist. With Accu-Sim, we have built-in to this simulation many of the physical rules that we know to be true and which we expect to exist in the real physical world.

For example, if you start a simple engine that is cold, you expect that it will run rougher and less reliably than when it is warmed up. If one morning you start your cold engine and something seems different, if it does not behave as you expect it to, you will notice this and your senses will tell you, “something is not right.” This is because you have become accustomed and comfortable with how your aircraft responds at all times, not just in the behavior of a single gauge, but in subtle ways — the way the engine sounds and responds to the throttle, the way the body squeaks, or even in the way the air sounds as it passes by your airframe at different airspeeds. More obviously, if you taxi on the grass, you expect your aircraft to buck and dip as it moves over bumps and depressions in the ground. Similarly, you would also expect to sway and rock if sitting on unsettled water in floats. All of this, and much more, will be experienced and brought to you more accurately and realistically by Accu-Sim. Now it’s an entirely new and more real world. It’s a world that makes you believe you literally have a physical piece of equipment stuffed inside your computer monitor because all of these little physical truths which cause actions and reactions, and which you notice when they are there or not there, have been created in Accu-Sim. It is all of these little clues which we experience and observe, and which we take for granted in our real world, which make things seem real to us. When they are missing or portrayed inaccurately, things just don’t seem right. You know it; you sense it, and so do we.

Perhaps the most important thing this little airplane will bring to you is honest, true-to-life stick-and-rudder flying, something pilots often forget after flying large, heavy, fast, complex aircraft for a while. You will be actively engaged in flying this Cub almost all of the time. After just flying it for a very short while you will start to feel like a better pilot, and you will be. 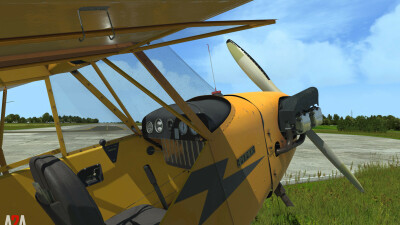 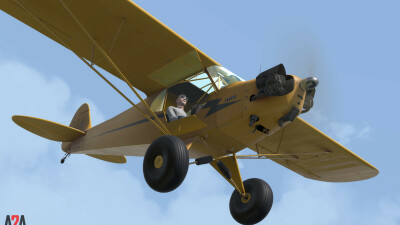 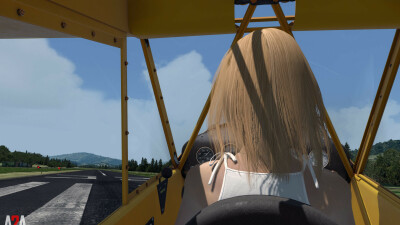 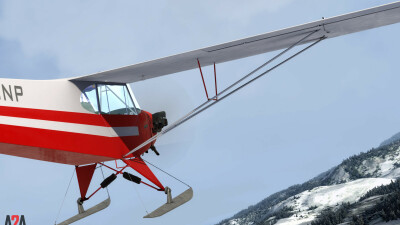 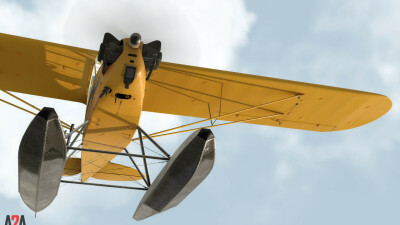 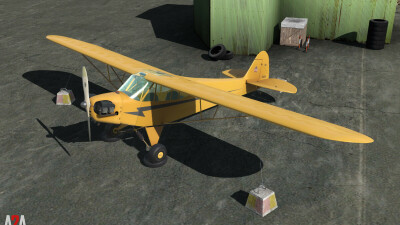 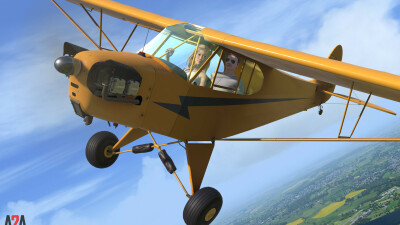 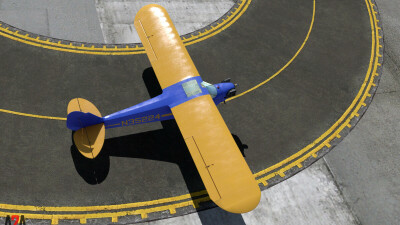 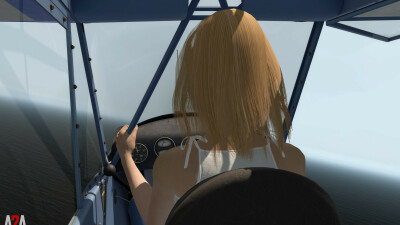