This product is discounted by 10% with the Partner Promotion Aeroplane Heaven.

On the 6th. June 1944, a Douglas C-47 called “That’s all Brother” took off to lead the largest aerial armada the world has ever seen. They were on their way to spearhead the liberation of Europe and carve a significant chapter in the history of aviation. First flying in 1935, the original design was for a comfortable, medium to long distance airliner that could carry 21 passengers in seats or sleeper berths. The DC-3 as it was first known, popularised air travel in the USA in the 1930’s and went on to fly with most of the world’s major operators along with countless smaller passenger and freight carriers all over the globe.

Due to its rugged design properties and inherent adaptability, it did not take long for the military to recognise the potential in the DC-3. The type became known as the C-47 and was delivered to the US Army Air Force in a variety of specification to suit any purpose. As a troop carrier it delivered paratroops to drop-zones in every theatre of war. It re-supplied beleaguered armies with ammunition and supplies and evacuated the wounded from often inaccessible locations.

Modern, “revitalised” DC-3s can be had with turbo-prop engines and sophisticated avionics packages which should see this piece of iconic aviation engineering operating for at least another 30 years.It is hard to think of another aircraft that can match the C-47/DC-3 in capability, endurance and reliability. “The only worthwhile replacement for a DC-3 is another DC-3” . Sadly true, it is unlikely that we shall ever see the like of the design, ever again.

In our simulation tribute, we have attempted to bring you something of the way it feels to fly one of these legends. A bone-shaking, rattling ride - often flying by the seat of your pants and relying on your flying skills and navigation prowess to get you through! You can sample several different variations in passenger and freight types and you can actually drop paratroopers and deliver heavy military equipment in the C-47. Re-enact that fateful day in June 1944 by flying “That’s all Brother” and test your skills to deliver your precious cargo to the drop-zone behind the Normandy beaches.

Many of the real-world functions of the design are replicated, including accurate engine start and management routines, correct operation of hydraulics for landing gear and flaps and a “working” original Sperry Gyro-pilot. There’s even a navigation sextant for those with the spirit to use one!

For modern pilots, we have included integration with the excellent Flight 1 GTN 750 and Rex/Milviz WX weather radar array. If you have these excellent softwares, the panels are already set up to accommodate your gauges. Whether you choose to fly the “Dak” in its original form or with modern avionics and nav-aids we can promise you a truly satisfying simulation experience. Choose to fly the military C-47 or the civilian DC-3, the experience is highly rewarding in either. Choose both and you will have the complete chapter of what must be aviation history’s most famous and enduring story.

DC-3 Dakota is also available bundled with other products. 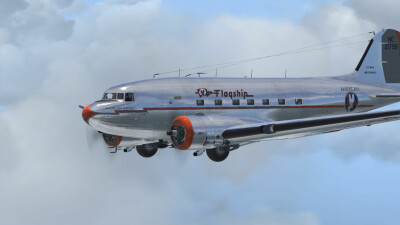 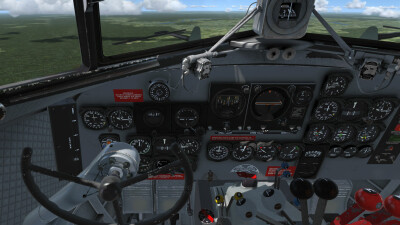 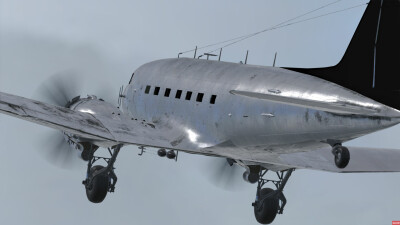 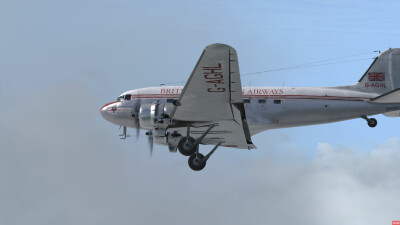 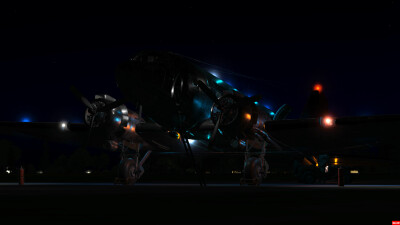 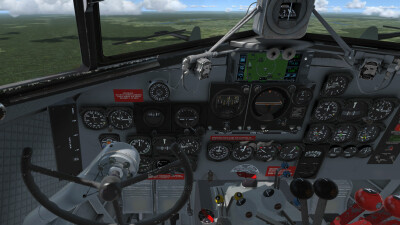 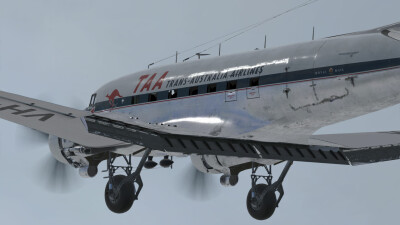 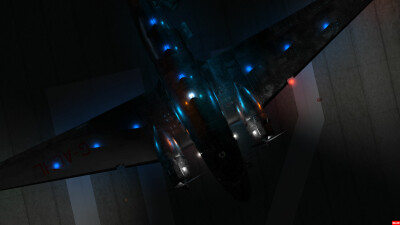 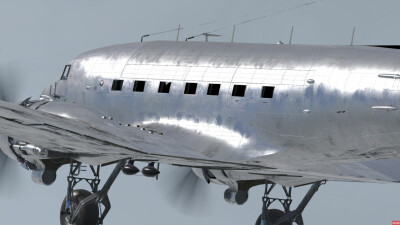