This is a brand new simulation of the last purpose-built dive-bomber used by the U.S. Navy.

Designed to replace the Douglas SBD Dauntless divebomber, the new Curtiss SB2C had a difficult birth and a tough early career. Structural weakness, poor performance and significant handling issues all led to inevitable delays for the production model to enter service.

The challenging handling issues were never really resolved and the aircraft earned many nicknames including The Beast. However, in the hands of experienced crews, the Helldiver became a formidable anti-shipping attack bomber and sub-hunter, contributing greatly to allied successes in the Pacific theatre.

The flight dynamics in this unique simulation have been engineered to give a challenging, authentic flight experience based on contemporary reports and pilot notes.

In experienced hands, the SB2C became one of the most effective weapons employed in the Pacific war and featured in just about every major battle.

Every detail of this amazing machine has been authentically modelled in perfect detail. The rear gunner's cockpit boasts a full animated gunner and twin machine guns, housed in a retractable "turtledeck" which is also fully and authentically animated.

Every switch, knob and lever in the pilot's cockpit is functional thanks to many unique animations.

The bomb doors open and bombs will swing down and drop when dive-bombing. The high fidelity exterior model includes the Helldiver's unique dive flap system which has been modelled and functions to a high degree of accuracy. The wings fold revealing detailed working mechanisms and there is a working tail-hook for carrier landings.

There are two brand-new USN pilot figures with animations that include oxygen masks which are put on at altitude and you can toggle the rear gunner action that swings the gunner round and down to man the guns.

This is the most authentic rendition of this venerable USN dive bomber available and will provide many hours of challenging, simulation pleasure. 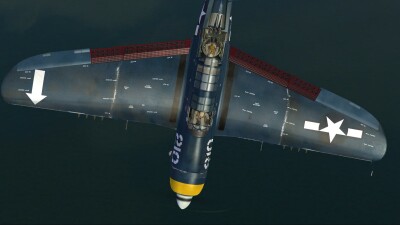 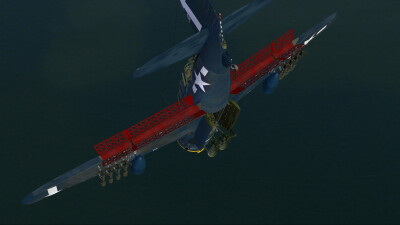 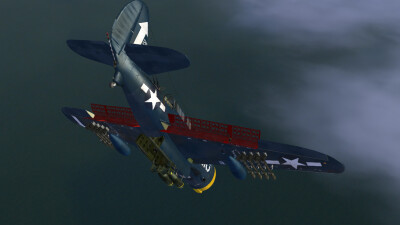 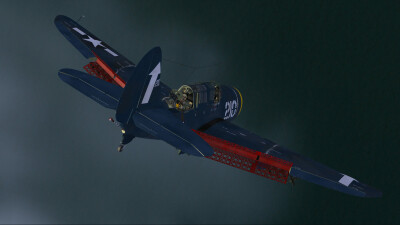 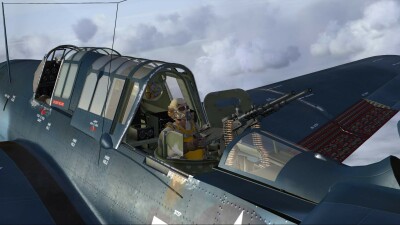 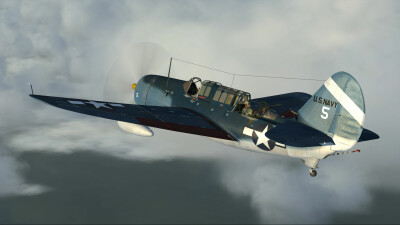 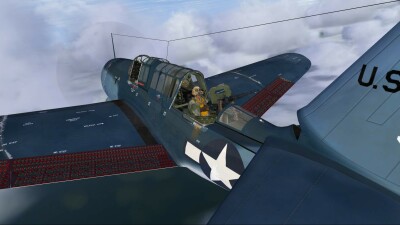