Denham Aerodrome is located near Denham, Buckinghamshire, within the M25 towards the west of London. It is home to the local flying school, The Pilot Centre.

Aircrafts have been flying at Denham Aerodrome since the early 1900s. It was used during both World Wars as a flying training school for Flight Cadets. It was known as RAF Denham during these times.

The airfield was first licensed as a private use airfield to Squadron Leader J. M. Bickerton in 1938. The airfield was the home to one of the earliest parachuting clubs in the UK, starting in 1955 the "British Parachute Club" was based here until May 1956 when they moved to Blackbushe Airport in Hampshire. The club at Denham was run by instructor Dumbo Willans and was also known as the "No. 1 Civil Parachute Training School".

Currently, there are a number of charter and flight instruction and filming operators based at Denham Aerodrome as well as a helicopter maintenance facility. The Aerodrome is also home to Biggles Restaurant, named after the fictional airman of that name, and a small café called "The Crew Room" on the north side of the airfield.

Denham Aerodrome has been beautifully recreated by Burning Blue Design’s modellers and coders undertaking on-site visits. We have also collaborated with actual pilots based at Denham to ensure the highest levels of accuracy. It features:

Numerous custom aircraft have been added around Denham to enhance the realism and better reflect actual aircraft found at the airfield: 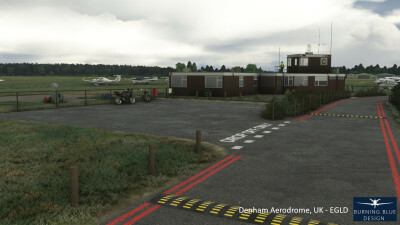 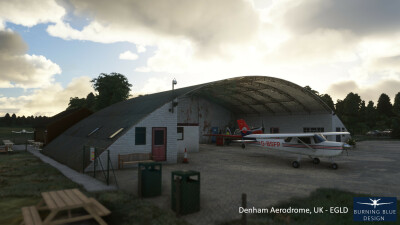 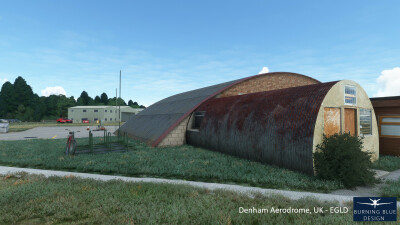 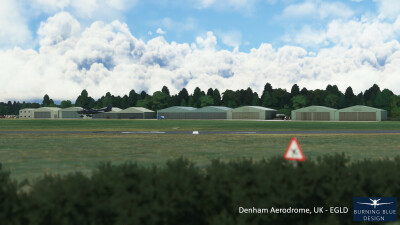 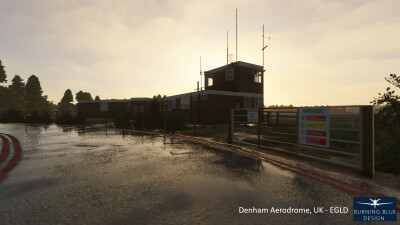 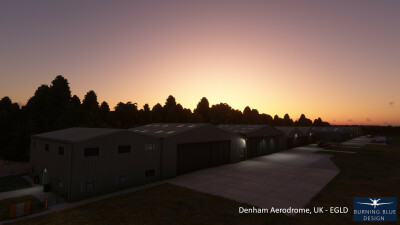 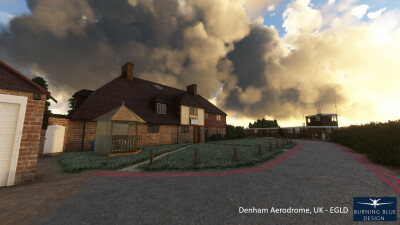 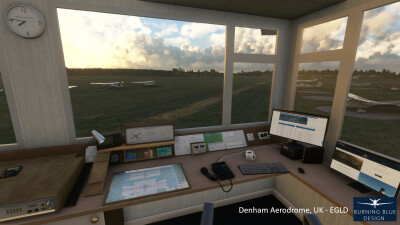