This purchase will earn you 9 Orbs!
This product is also available for FSX & Prepar3D. Click here to be taken to the FSX & Prepar3D page.

EGHR, located in Chichester, West Sussex, was the first airport Orbx released for England back in 2011 and has now been ported and further enhanced for X-Plane 11 including updated aero club buildings, a heliport at the Goodwood Racecourse, historic Shell refuelling station, completely new grasses and flora, animated racing cars, and colour matched to TrueEarth GB South for XP. Almost every single object seen at the real airport has been photographed, modelled and placed, allowing you to immerse yourself in a realistic flight simulation environment.

The airport is located on Goodwood Estate which was the home to the Dukes of Richmond for over 300 years and was donated by Freddie March, the 9th Duke, to help in the Second World War effort and was used by the RAF. The airport's surrounding road was converted into a racing circuit after the war and creates the unusual cocktail of racing and aviation, which has been perfectly captured. Fun fact: The Boultbee Spitfire Academy is located in the large green hangar and houses an impressive dome Spitfire simulator which uses Orbx TrueEarth GB for its scenery! 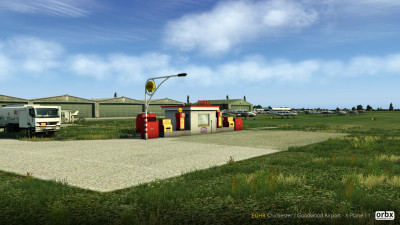 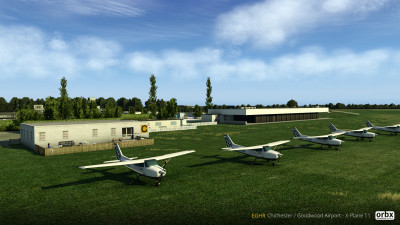 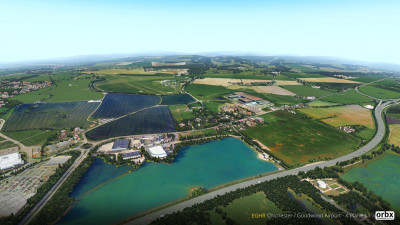 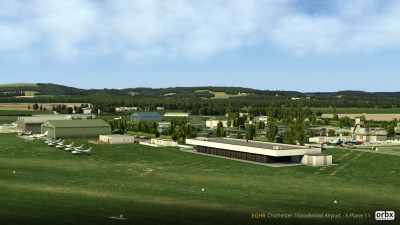 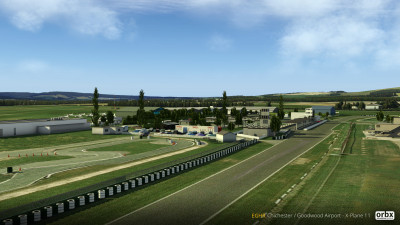 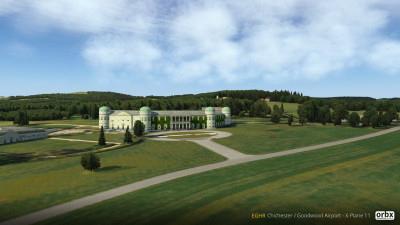 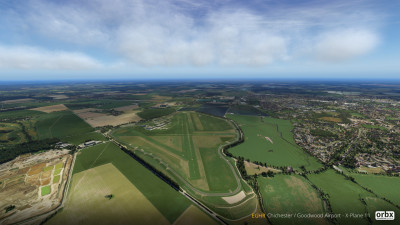 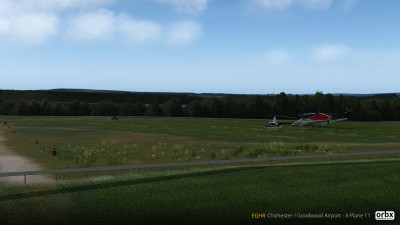 You require ALL of the following products to use EGHR Chichester / Goodwood Airport - X-Plane 11.