The PC-21 is a single-engine, low-wing advanced military trainer produced by Pilatus Aircraft of Switzerland. First flown in July of 2002, the company’s “Twenty-First Century Trainer” was designed to provide levels of performance so high that pilots could conduct the majority of their training in it before switching to jet-powered craft. As a result, militaries from a number of countries use the PC-21 in their flight schools, including the United Kingdom, Spain, Australia, and France.

Powered by a 1,600-horsepower Pratt & Whitney Canada turboprop fitted to a five-blade, constant-speed propeller, the PC-21 has a top end of 426 mph, a rate of climb of 4,000 feet per minute, and a ceiling of 38,000 feet. With its main wing, tail section, and control surfaces designed for high speed maneuvers similar to tactical jet aircraft, the PC-21 is capable of handling stresses from -4 g to +8 g.

The aircraft features a pressurized, tandem configuration cockpit with a canopy that allows for a 360 degree view, while inside a full digital glass cockpit and advanced flight control system keep the trainer stable throughout its entire flight range, from full throttle to its stall speed of 110 miles per hour.\n\nEven while parked on the runway, the stunning lines of the Pilatus PC-21 evoke searing speed — but once in the air, this beautiful beast proves that it was created for full-spectrum performance. Loops, rolls, wing-overs, Immelmann turns, and more can all be executed with utmost precision—it’s all up to the pilot’s skill and creativity.

Disclaimer Under NO circumstances is any component of this product intended to replace, or complement, any form of real-world training materials. This software is for simulation use only and not a training aid.

‘Pilatus’ and ‘PC-21’ are trademarks of Pilatus Aircraft Ltd and are used under licence. 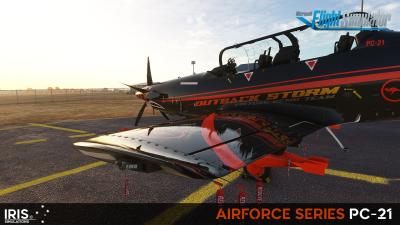 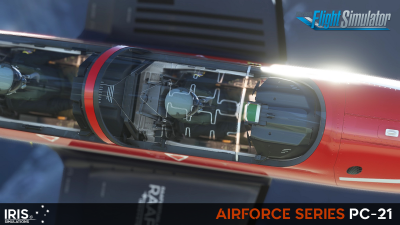 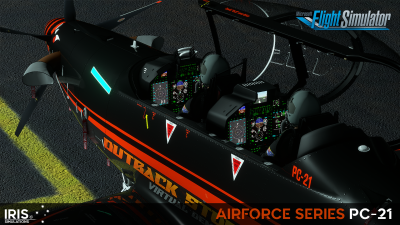 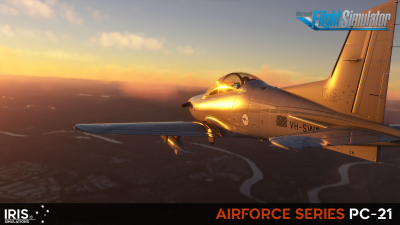 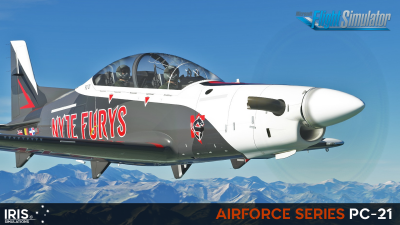 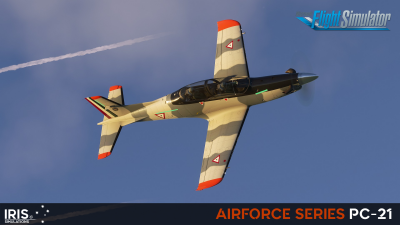 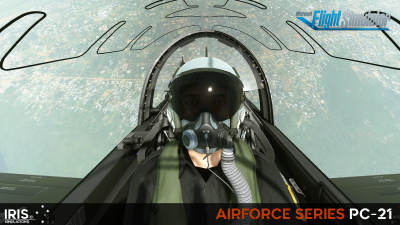