Located midway between New York and Boston in the picturesque New England region of the United States, KHVN Tweed-New Haven is a major regional airport serving Connecticut. The latest project from Jordan Gough, the scenery depicts the airport, City of New Haven and surrounding approaches in full detail. Alongside scheduled jet services to Philadelphia and Charlotte, Tweed-New Haven also sees seasonal RPT flights with Southern Airways Express to Nantucket Island, and regularly handles aircraft up to Boeing 737-800 and Boeing 757-200 in size. In addition to scheduled services, the airport is a perfectly situated for short hops to both NYC and Boston, as well as other major ports in the Northeast.

As home to world-renowned Yale University, New Haven is a terrific spot for the GA flyers to begin an adventure or stop along the coast. A short but stunning 60NM flight to the south-west following the coastline will see you approaching the skyline of New York City. Only 18NM to the south you'll arrive on the shores of Long Island, and another Orbx classic, KBID Block Island Airport is only 60NM to the east.

Complete seasonal variations, advanced rendered and dynamic lighting, full Objectflow functionality and SODE jetways are just some of the many features included in this airport. Careful attention has been given to ensure the best balance between detail and performance, ready for departures in your favorite high-end aircraft. Given the variety of flying activity undertaken at the airport, every effort has been brought to ensure compatibility with a wide variety of terrain addons. Blended and seasonally compatible with both Global Base and openLC North America, and shipping with it's own custom high-resolution mesh, KHVN is ready for your next Northeast adventure in both Prepar3D v4 & Prepar3D v5! 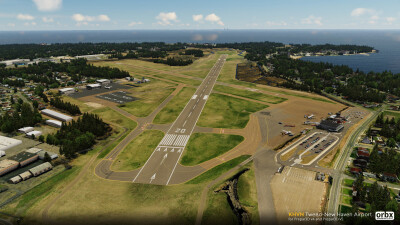 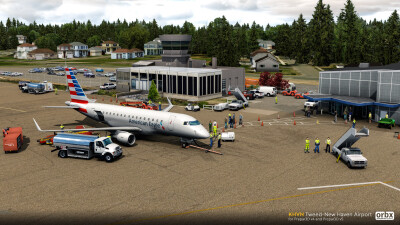 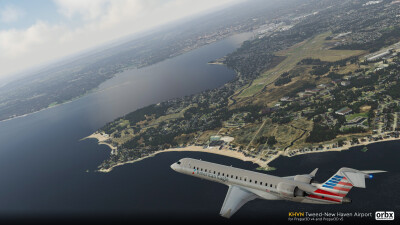 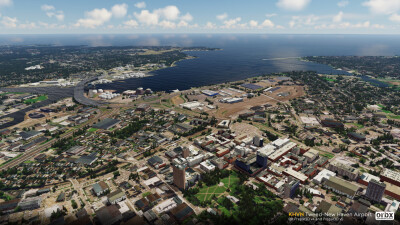 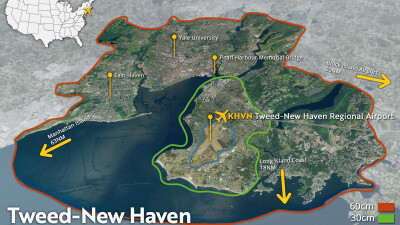 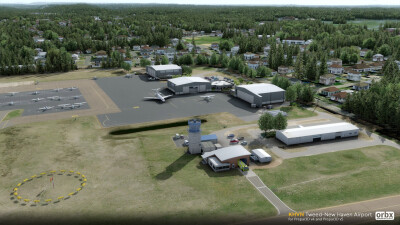 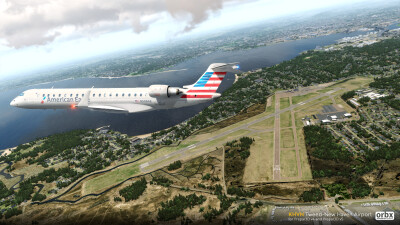 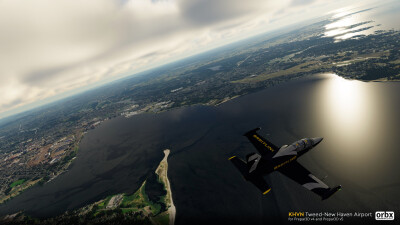 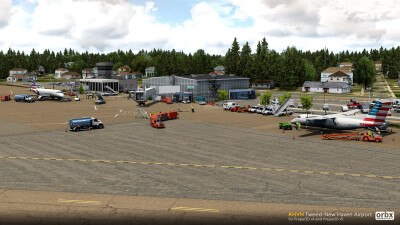 You require at least one of the following products to use KHVN Tweed New Haven Airport.

Global openLC North America $53.63 AUD $32.18 AUD Enjoy this major upgrade to the vast and beautiful area of North and Central America (including Alaska and Canada), Greenland as well as the Caribbean islands and Hawaii.
Global BASE Pack $90.90 AUD $54.54 AUD The best place to start upgrading your sim! Provides you with brand new textures and autogen for the entire planet in a single quick install. The #1 selling Orbx product!