This purchase will earn you 20 Orbs!
This product is also available for X-Plane 11. Click here to be taken to the X-Plane 11 page.

Pearson is Bill Womack's sixth Orbx airport, and his first Orbx-only release since returning to the fold.

Among all the small Pacific Northwest airports that are loaded with character, Pearson Field stands out. For one thing, it predates them all; KVUO is officially the oldest continuously operating airport in the region, and one of the two oldest operational fields in the US. Even well before the dawn of aviation, the site was a hub of activity, as evidenced by the 19th-century Hudson's Bay Company fort and trading post just off the threshold of runway 8. In its life so far, the tiny airport has hosted the first crossing of the Columbia River by airship in 1905, been a stopover on the US Army's first round-the-world flight, and made Russian aviation history as the landing spot for the Chkalov Trans-Polar Flight in 1937.

Today, it's a popular field for GA pilots and history buffs and occupies a prime piece of real estate along the banks of the Columbia in the flight path of KPDX's runway 10L. We've worked hard to replicate the feel of this busy suburban field using hundreds of photos taken on-site. Many of the unique landmarks are represented, including the I-5 bridge between Portland, Oregon and Vancouver, Washington, the railroad bridge just downstream, the busy shopping area of Jantzen Beach on nearby Hayden Island, and a faithful reproduction of downtown Vancouver. If you're a fan of our Pacific Northwest airports, this one is a must-have. 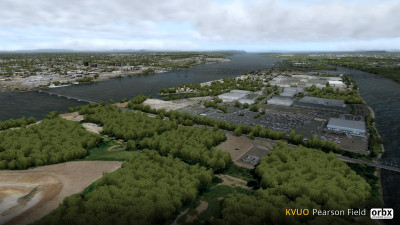 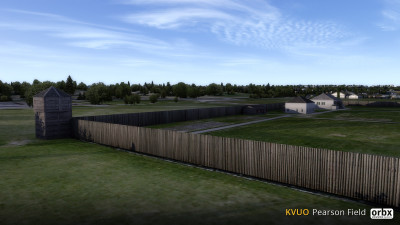 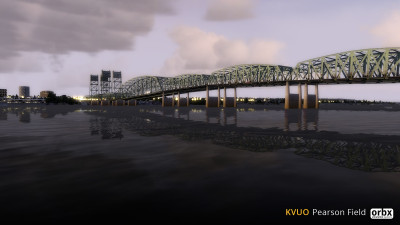 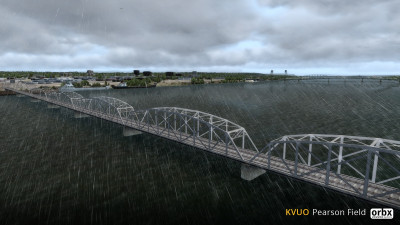 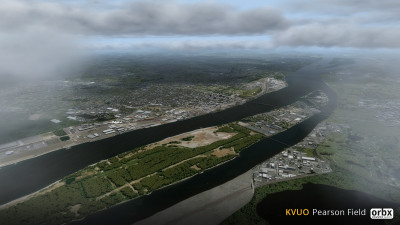 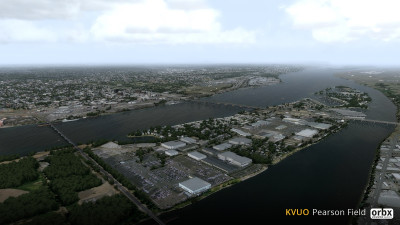 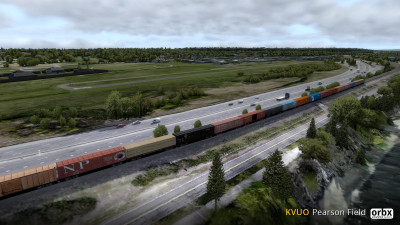 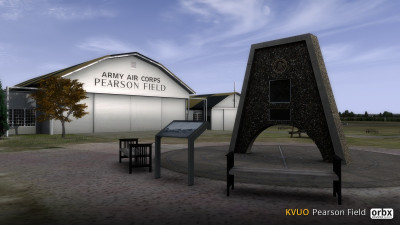 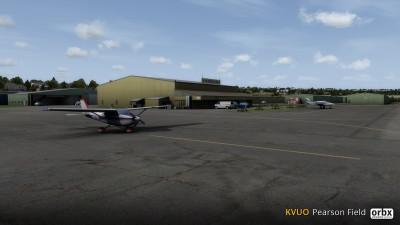 You require at least one of the following products to use KVUO Pearson Field.