Located in the second-largest city in Austria our Havant team have faithfully reproduced the airport of Graz in ultra-high detail.

Featuring its 3000m main runway as well as two grass runways, the airport sees regular traffic to many European destinations such as Amsterdam, Frankfurt, Zurich and Vienna as well as seasonal charters to the Greek Isles and the Balearics. The airport, incidentally located in the home town of Microsoft Flight Simulator partner, blackshark.ai, is also a short hop from well-known Orbx destinations like Innsbruck, Rijeka, Belgrade and Samedan.

Located on edge of the Samitzteich and Schwarzlsee groundwater lakes the airport is home to a number of flight training schools, private GA companies as well as the home base for the Christophorus 12 air ambulance helicopter.

Complete with PBR textures, the unique wing-shaped terminal has been carefully reproduced and tower hero-asset comes to life with animated signage. As well the rooftop viewing area, the interior boarding gate areas and landside features are also well represented. The airport features a detailed groundpoly, complete with weather effects, as well as 75 sq. km of custom 30cm orthoimagery. To the other side of the airport, the G-Class Experience Centre has been modelled along with a animated Mercedes SUV going through its paces. 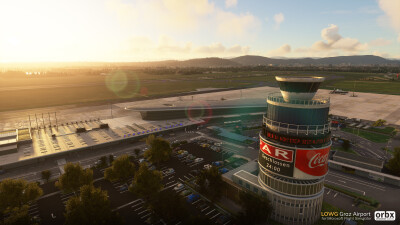 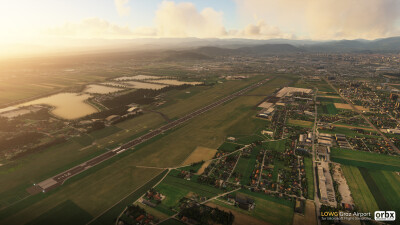 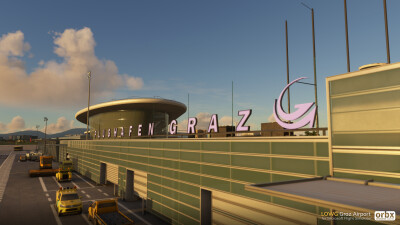 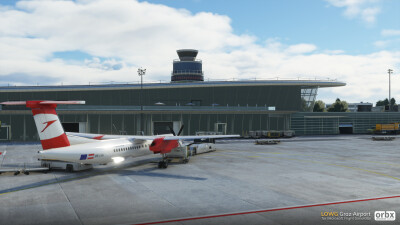 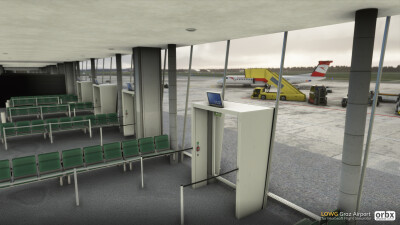 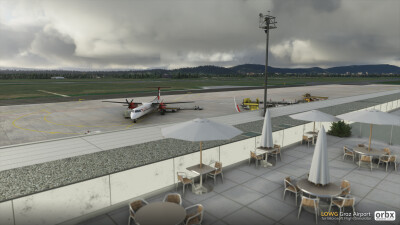 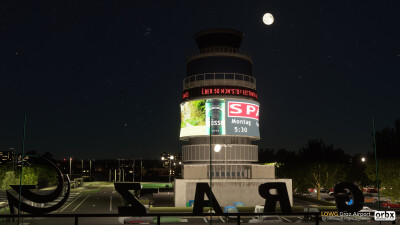