Niš Constantine the Great Airport is a charming new airport and cityscape scenery from Rasha Tucakov - his first for Microsoft Flight Simulator. Located in the heart of the Balkans, Niš is brimming with bespoke details and delightful features, including some that have yet to be seen in this new simulator.

As the second busiest airfield in Serbia, Niš Airport serves both LCC and mainline carriers such as Air Serbia, Swiss, Wizz Air and Ryanair. Well known for his specialization in Southeastern European destinations, Rasha brings his attention for unusual details to the fore with this project. As a mixed-use military/civilian airfield, expect to see a swathe of Soviet-era static aircraft including Kamov and Mil helicopters, MiG, Illushin and Antonov aircraft of differing types and sizes. Custom vehicles, GSE, buses and trains are dotted around the airport and city, with the railyards close to the airfield receiving particular attention. Making the most of the new simulator's capabilities, Rasha has implemented new texturing techniques (building on the tech pioneered with Graz and Bryce Canyon) that harness the best balance of high detail and performance. Full PBR materials, LOD optimization, sloped runways, dynamic lighting, complete AI integration and custom terrain edits further build upon the latest MSFS SDK capabilities.

Beyond the airport, an entire city has been recreated. Famous as the birthplace of three Roman emperors (including the airport's namesake), and later as a pivotal city of the Byzantine Empire, the city features dozens of custom points of interest and countless details. Explore historic landmarks such as** Niš Fortress**, modern architecture such as the Hotel Ambassador and tons of incidental models that add a great deal of character to this scenery. Special attention has been spent on the approach to rwy29, with all major POI visible on extended finals recreated.

With a beautiful (though complicated) approach over surrounding mountainous terrain, and just a short flight to classic Orbx destinations such as Belgrade, Rijeka, Pula and Dubrovnik, Niš Constantine the Great Airport heralds the first of several exciting new destinations from Rasha Tucakov for Microsoft Flight Simulator! 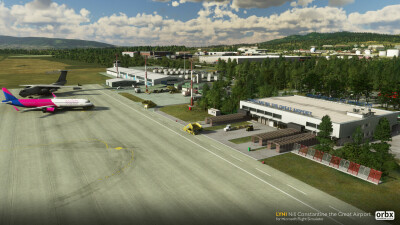 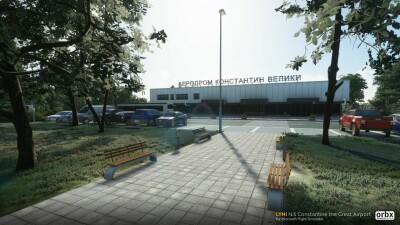 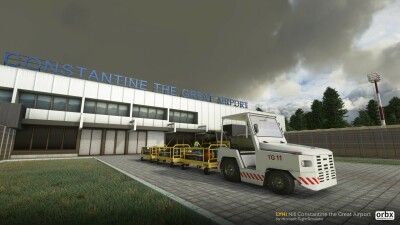 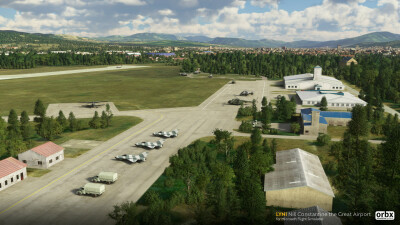 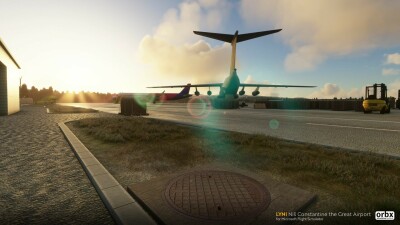 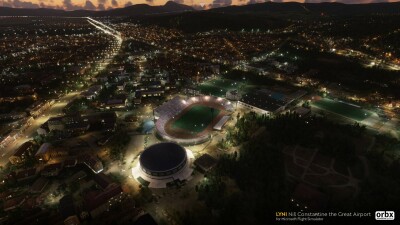 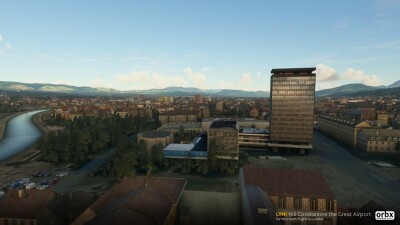