The Osprey MV-22 is a tiltrotor, VSTOL (Vertical/short takeoff and landing), multi-mission aircraft, developed to fill multi-service combat operational requirements. The real-life counterpart, V-22, replaced Marine Corps assault helicopters in the medium lift category (CH-46E and CH-53D), contributing to the dominant maneuver of the Marine landing force, as well as supporting focused logistics in the days following commencement of an amphibious operation.

The V-22 has other variants, such as the CV-22B, developed for the US Air Force. Other variants for the Royal Navy, Anti-submarine Warfare and Search and Rescue have been proposed. The aircraft is manned by a pilot, copilot, and enlisted aircrew appropriate for the specific service and type of mission being flown. The V-22 is optimized to transport troops (i.e., 24 combat-equipped Marines, or 10,000 pounds of external cargo) to austere landing sites from aviation capable amphibious ships and expeditionary forward operating bases ashore. The V-22 would be capable of flying over 2,100 nautical miles with one aerial refueling, giving the Services the advantage of a Vertical/Short Takeoff and Landing aircraft that can rapidly self-deploy to any location in the world.

The V-22 is currently operated by the United States Marine Corps (MV-22B), United States Navy (CMV22B), United States Air Force (CV-22B) and Japan Self-Defense Forces (MV-22B). Israel, India and Indonesia have considered acquiring the aircraft for their own military operations. All Osprey variants feature slightly different fuel capacities and configurations, but the design of the aircraft and systems does not change.

Accompanying Products: Miltech Simulation has developed multiple products (sold separately) that serve as a companion to the Osprey MV-22. This product can be bundled with:

A full operations manual is included with the software. The manual can also be accessed from here: www.miltechsimulations.com/osprey. Due to the complex nature of this aircraft, it is strongly recommended that customers read through the aircraft manual.

Although this simulated aircraft resemble its real-world counterparts in many aspects, the product does not accurately represent (nor intends to accurately represent) the performance, systems, design and/or features of the real-life counterpart. It is for entertainment and educational purposes only, and shall not be used for real aircraft training or any other professional application.This product, though heavily inspired by the MV-22B Osprey, is not endorsed, supported by, related to, certified by or in any way connected to Bell Helicopter Textron, The Boeing Company, the US Air Force, Navy, Marine Corps, the Japanese Self Defense Army or any aircraft manufacturer or operator. The product has been exclusively inspired by readily available information. This product falls into Fair Use of all applicable copyrighted and trademarked materials, as a transformative work inspired by the real aircraft.‍

MV-22 Osprey is also available bundled with other products. 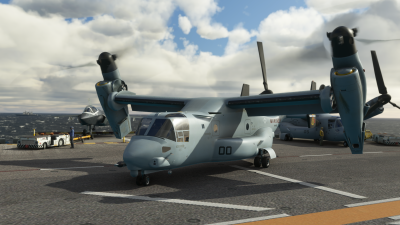 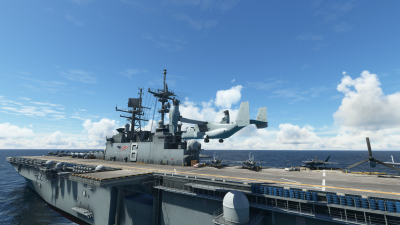 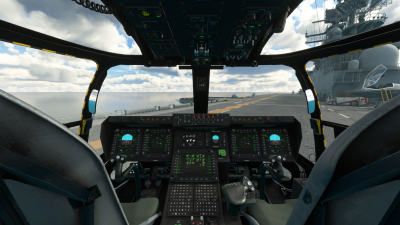 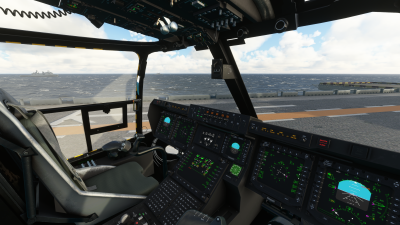 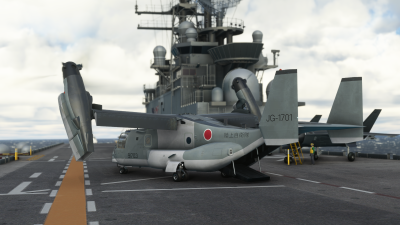 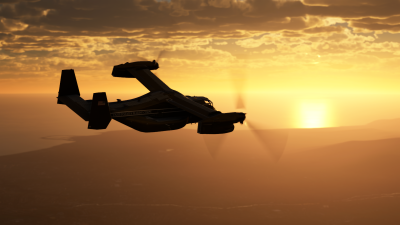 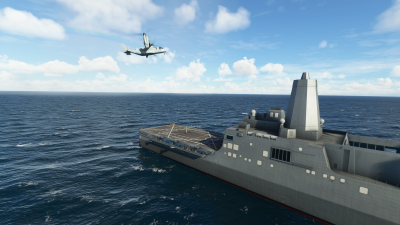 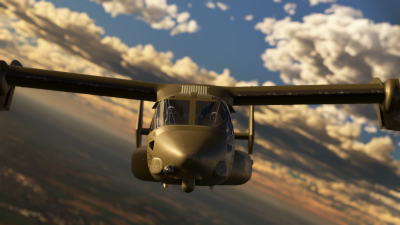 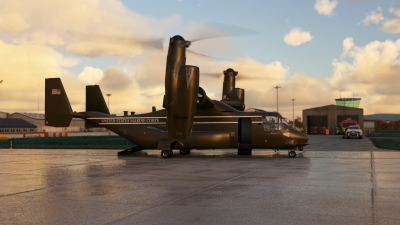