This purchase will earn you 21 Orbs!

A320 Immersion V2 is designed specifically for the Aerosoft Airbus A320 Professional. The A320 has again taken the lead as the most utilized aircraft in the world; this package will deliver total immersion as you tour the globe and its many climates.

A320 Immersion V2 is available as a single package for all four variants of the Aerosoft Airbus Professional Series: A318, A319, A320, and A321 (for Prepar3D v4/v5). Enjoy immersive effects for all variants, customized for each.

Requires at least one of the following products

Enable, Disable & Preview effects live in your sim in a few clicks with Immersion Manager. 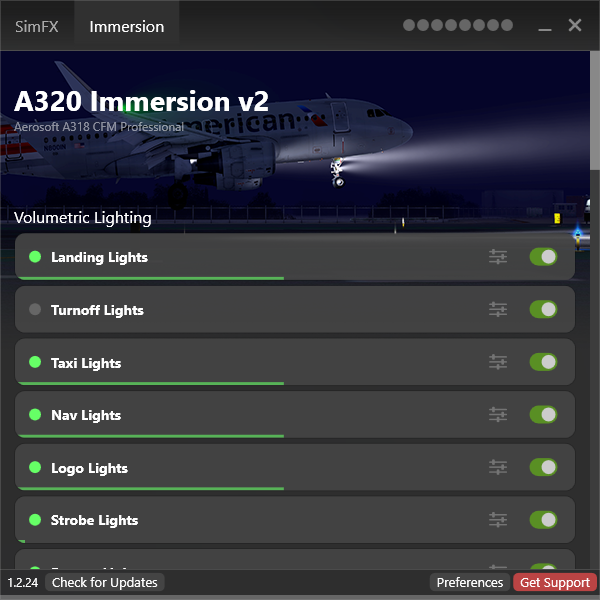 It's not part of our official mission statement yet, but it should be! Performance is our #1 priority at //42; our customers want max realism with a low impact on system resources. A320 Immersion V2 has gone through rigorous flight tests, and memory usage is next to nothing. Regarding frames-per-second (FPS), we have optimized A320 Immersion V2 to be a high quality, FPS-friendly product.

A320 Immersion V2 features multi-stage wing condensation; this means condensation will vary based on current conditions. Moisture will build on wing surfaces during departures and approaches when the air's humidity is just right!

Our APU Cold Start effect was first introduced in 737 Immersion V2. It's been well received, and we're excited to bring it to A320 Immersion V2. Don't overlook colder regions; under these severe conditions, you'll be able to step outside the aircraft and witness this beautiful effect.

Reverse thrust is what initially inspired our Immersion Packages. The lack of this effect in-sim from developers made commercial landings feel bland. There is something impressive about thousands of pounds of thrust being directed forward to slow the aircraft down. This effect is especially remarkable on runways where moisture is present.

New engine effects and environmental variables arrive in the Aerosoft A320 with V2! Our technology renders three-stage engine condensation effects based on independent engine thrust settings.

St. Elmo's fire is a form of plasma visible as a luminous electrical discharge on the windshield at dusk or night, typically at cruise altitudes. Conditions that can generate St. Elmo's fire effects are present during thunderstorms when high voltage differentials are present between clouds and the ground underneath.

With the introduction of Dynamic Lighting, the Prepar3D world came alive at night. A320 Immersion V2 is our first product to feature this technology on aircraft. We've completely replaced the default aircraft lighting with our own badass dynamic lighting formula. 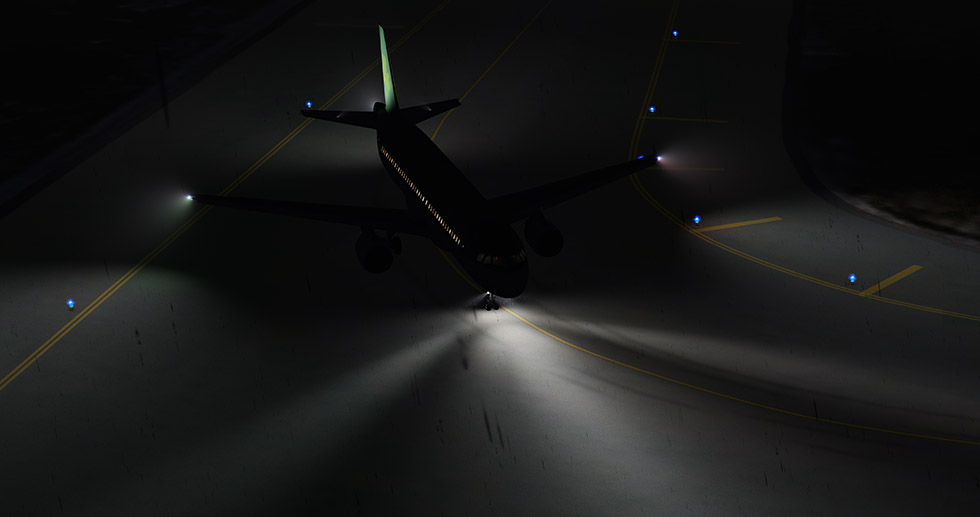 In A320 Immersion V2, we built lighting patterns per Airbus™ specifications. Captains can choose to equip LED or Traditional Bulbs; this can be set per livery. Our volumetric lighting is far more realistic and precise than ever before; we can't wait for you to fly through low visibility with our landing lights on. Your night flights will take on a new life, especially in bad weather!

Voluminous contrails! Together with the rest of the package, our contrails add to the extensive list of environmental phenomena included with A320 Immersion V2 to make cruising above the clouds quite a sight.

We spent countless hours recreating this effect using real-world images, videos, and data. A320 Immersion V2 will render jet wash effects under moderate to heavy rain and snow conditions behind the engines.

Additionally, you'll see touchdown effects at the wheels, engine start-up smoke under cold conditions, brake dust effects when retracting the landing gear, water vortex from the ground into the engine & lateral blast on rotation. We've got you covered from all angles!

Effects are not visible during Replays.

The Lockheed Martin Prepar3D replay system is limited and does not allow the replay of advanced effects systems. 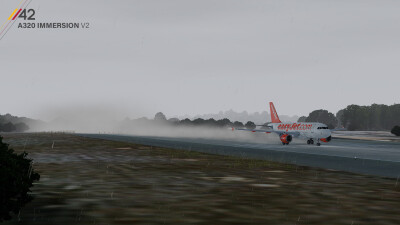 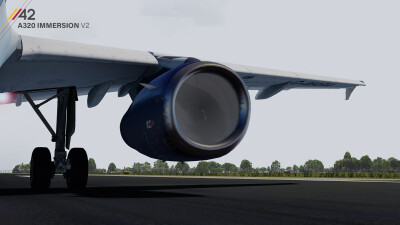 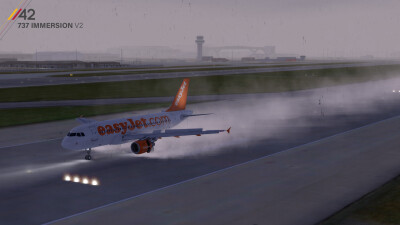 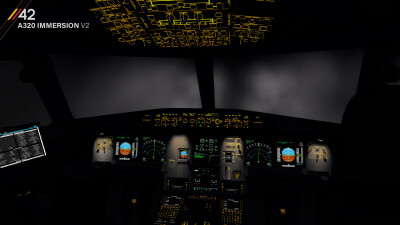 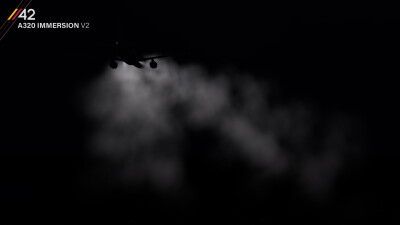 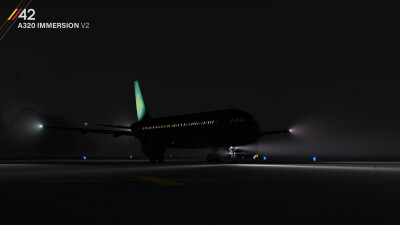 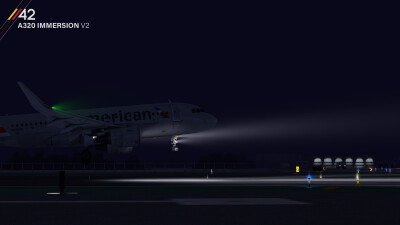 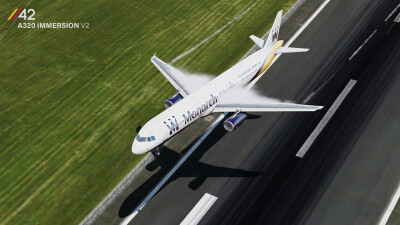 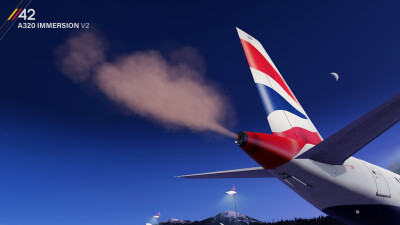