**LEGACY PRODUCT, NOT v5 COMPATIBLE ** In our search for total immersion, we often overlook the finer details that are missing in-sim. It's these important details that add the most to our experience. For this, we present our Immersive Line of products.

The Q400 Immersion package is our 5th complete effects package, designed to complement the Majestic Software Dash 8 Q400. It mimics to perfection most, if not all of the visual effects you can expect to see on the Dash 8.

Requires at least one of the following aircraft

Performance is our top priority. For this reason, we optimize each and every single effect to match the specifications of your system. We make sure that our product looks good whether on a low-end or a high-end computer. Furthermore, in an attempt to suit your needs and preferences, we included the possibility for users to reduce the size of the effects without jeopardizing quality or realism. 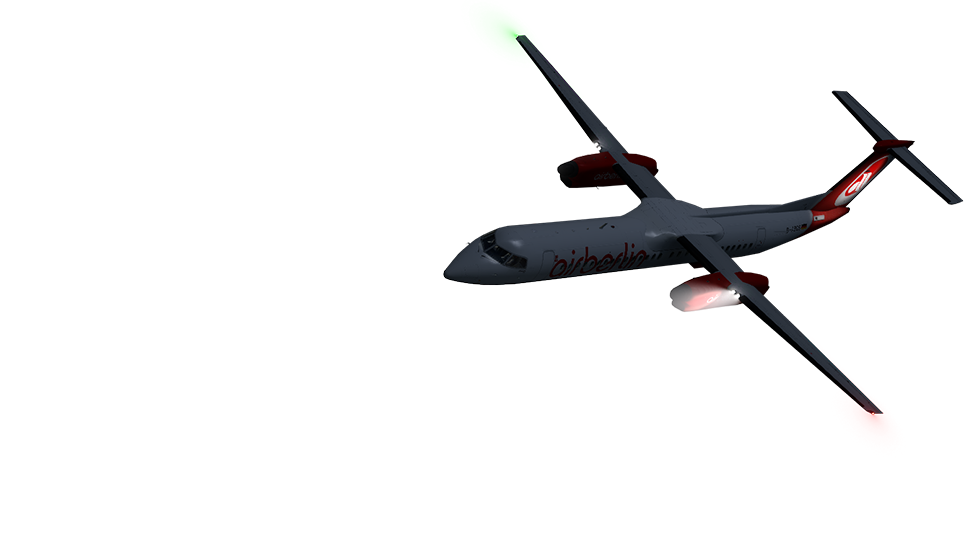 The Q400 is known for its operation in Northern latitudes where the weather doesn't seem to want to cooperate with pilots! For that reason, volumetric lighting is more impressive and realistic than ever with Q400 Immersion. It will most certainly change the way you fly and make your approaches a heck of a sweaty challenge! 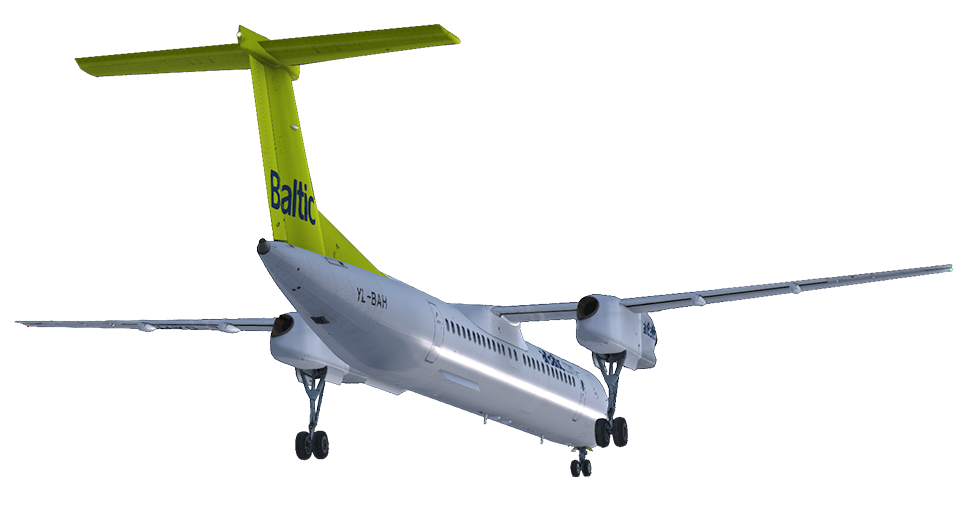 Propeller vortices are hands down the most impressive effect we have designed for the Majestic Q400! Propeller vortices are without a doubt, yet another breathtaking breakthrough in the world of flight simulation. Looking at the effect in action, you will truly grasp the power and torque of the propellers!

Contrails can be quite rare to find on a Q400 given its low service ceiling. However, we made sure the Q400 had its own set of realistic contrails which we believe, will add to the realism of our package! 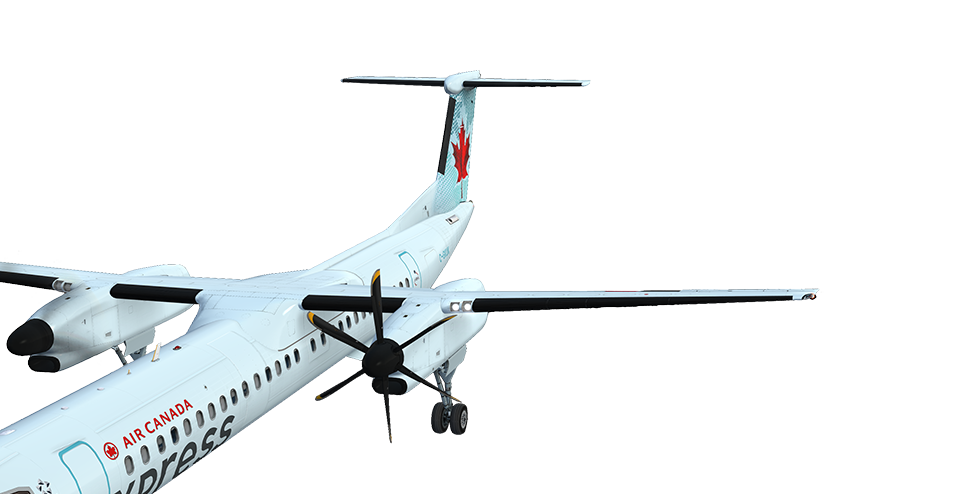 Q400 Immersion comes equipped with a list of "goodies" and effects that you expect from us. Such effects include much-needed cold-start smoke effects, impressive volumetric rain, lateral blast on rotation, realistic wheels spray, and engine wash.

Effects will not show if all engines are shut down.
The technique used to display effects around the aircraft depends on the airplane's smoke system which does not work when all engines are off. This is a Simulator limitation.

Effects are not visible during an instant replay.
Flight Simulator X and Prepar3D's replay system is very limited and does not allow the replay of advanced effects systems. A great solution in Flight Simulator X is to use FSRecorder with the smoke replay option turned off. 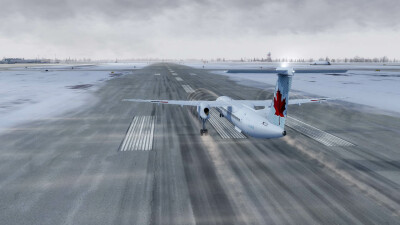 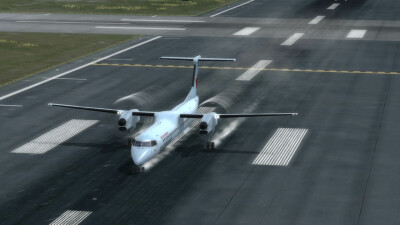 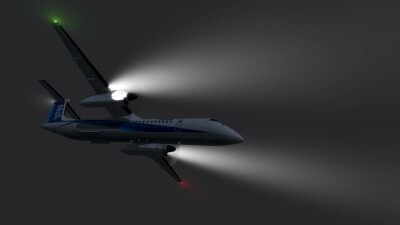 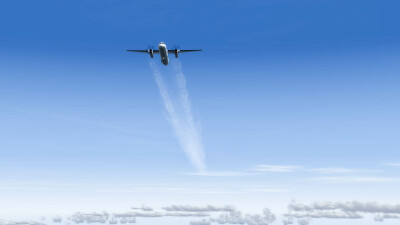 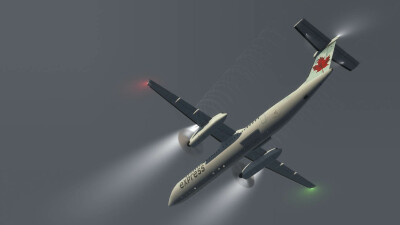 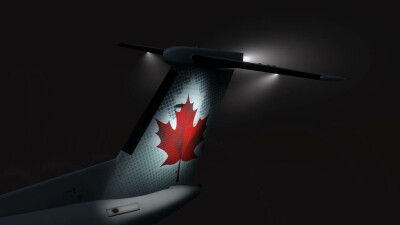 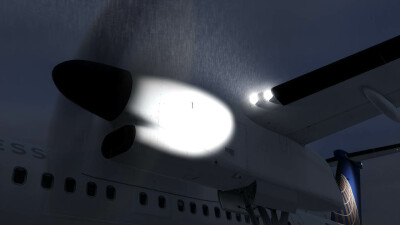