Designed and manufactured by Pacific Aerospace in Hamilton, New Zealand, the PAC P-750 XSTOL can trace its origins to the PAC Cresco and Fletcher. Whilst retaining the PT-6 turboprop engine and wings of the Cresco, the P-750 has a larger fuselage and a modified tail, and is an extremely versatile aircraft that lives up to its multi-role utility definition.

The unique design of the PAC 750 allows for Extremely Short Take-Off and Landing (XSTOL). Take off and land in less than 800 ft (244m), even in hot and high conditions and on semi-prepared airstrips in all types of terrain. This 10-seater STOL aircraft operates in the harshest of environments and with a configurable cabin is able to take a mix load of passengers and freight. The high performance PT-6 engine allows the PAC 750 to operate into high altitude airports like VNLK Lukla, near Mount Everest.

Highly detailed modelling of the passenger cabin allows you to get up close to all the seats, placing yourself in the passenger’s shoes during hair-raising approaches into short, hot and high strips. A workhorse of the Papua New Guinea mountains, the PAC 750 frequently delivers cargo to remote communities best accessible via air. The large door and 1,000 lb (454 kg) capacity belly-mounted cargo pod allows the aircraft to carry bulky cargo that others cannot. Used throughout the world and more commonly known for this role, the P-750 is a natural fit. The aircraft’s heavy load capacity (17 skydivers) and quick turnaround times makes it the ideal choice for skydive operators. Built-in oxygen masks allow operators to climb higher, giving skydivers more of their much-desired freefall time.

Skydivers can know the status of their jump run by looking at pilot-controlled “traffic lights” near the large sliding side door. The door can be remotely closed by the pilot using a handle above their head, allowing the aircraft to descend faster without open-door speed restrictions.

The most impressive PAC 750 liveries are flown by skydive operators. We’ve included five of them in our product. Operators from New Zealand, the United Kingdom and Portugal are represented.

The PAC 750 shines in the agricultural role thanks to its Cresco-based origins. Furthered by its ability to perform in the rugged hills of New Zealand. A large capacity hopper and the ability to operate off short and narrow farm strips allows up to 17 cycles (load, take-off, dispense, land) per hour.

The aircraft also features a modified air intake better suited for unprepared runways, preventing rocks and other debris from entering the engine. Additionally, the wheels have mud guards and the wing has a mirror to help the pilot see underneath the aircraft (mirror non-functional).

A spreading device (“gate”) is fitted to the underside of the aircraft, allowing the dispensing of solid fertilisers over a larger area. This gate is operated by the pilot using a cyclic-like control between the two seats (visual only).

When ready for another load, the pilot will open the hopper’s hatch by pulling a cable above their head. This allows the loader driver to quickly position their bucket over the aircraft and fill it up, ready for the next load.

Three agriculture liveries are included from operators in New Zealand.

A good-looking aircraft isn’t the only thing a modern day flight simmer wants. It also has to have accurate systems. The real-world aircraft is single pilot IFR capable, just like the in-sim rendition. Two COM and NAV radios, along with an EHSI, CDI and GPS allow full IFR flight.

The Orbx PAC 750 has an accurate fuel and electronics system, derived from real-world documentation.

Furthermore, we’ve gone to the level of simulating the functions of most circuit breakers. For example, popping the circuit breaker of one of the buses then using the guarded bus tie switch will restore power to both buses.

Other than the standard six-pack, the PAC 750 also has custom-coded Electronics International gauges to monitor the engines, fuel and electric systems. These gauges have been meticulously recreated with all of the traits of the real-world gauges like the startup sequence, refresh rates, sticky indicator lights and value rounding.

A panel-mounted tablet allows you to configure parts of the aircraft, like connecting ground power, switching the display units, and enabling TDS GTNXi or PMS50 GTN750 support. 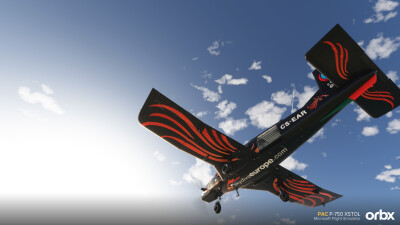 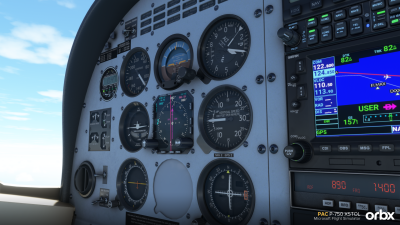 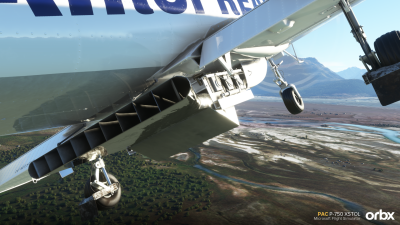 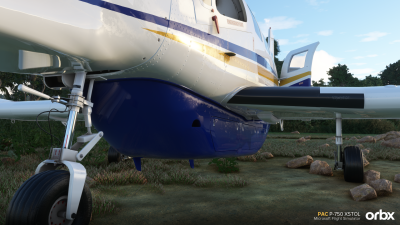 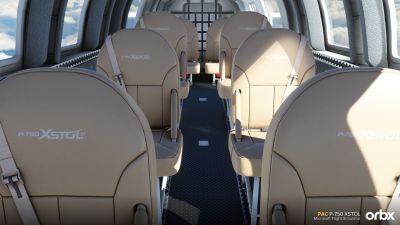 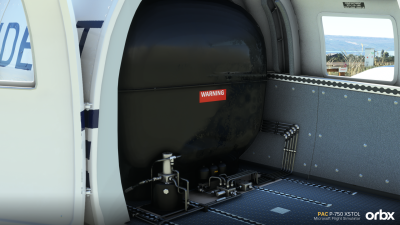 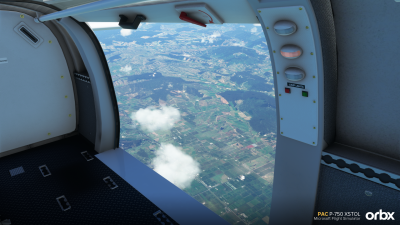 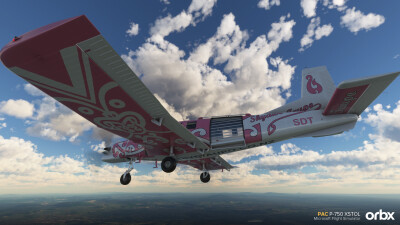 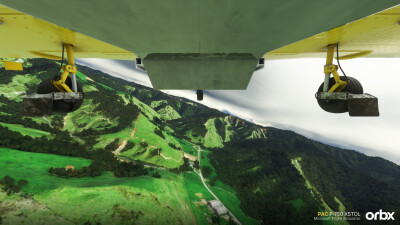