This purchase will earn you 63 Orbs!

The modern version of a classic favorite. Developed by a team of professional artists and programmers, the TFDi Design 717 is a highly functional, beautiful, and efficient airliner.

As with most modern aircraft, autoflight takes a major focus in the everyday operation of the aircraft. If you are familiar with the MD-11, you will feel right at home in this aircraft. Great care has been taken in recreating all AFS modes found in the real aircraft, such as NAV (lateral navigation), PROF (vertical navigation), and VOR tracking mode. In addition, full Takeoff Guidance and Autoland capabilities have been integrated with a complete Autothrottle system and Speed Protection modes.

The flight management system features full weight and balance calculations, including take off and landing performance, climb and descent performance, as well as fuel, time, altitude, and speed predictions. Program your entire flight, with SIDs/STARs, Airways, and HOLDs, complete with company route support, all through 31 simulated pages.

All 6 primary screens have been recreated, featuring a fully operational switching and testing system. In addition to all 11 system display pages, the master caution and master warning systems are simulated with over 100 different alerts and relevant consequences. Also included are full CAWS, GPWS, and TCAS simulations.

The electrical, hydraulic, pneumatic, fuel, and flight control systems are thoroughly simulated, allowing proper operation of the aircraft in various scenarios. The highly automated nature of many systems on the aircraft give it a straight forward but thorough list of features.

Many distinct features of the aircraft's systems, such as the electrical no-break-power-transfer system, the DC start fuel pump, APU fuel consumption, and the auxiliary hydraulic pump, have been simulated. The IRS and GNSSU can be independently used as navigation sources. The cockpit can be illuminated by 15 independent and dimmable (where applicable) lights.

The flight controls have been custom-built to accommodate the unique aspects of this aircraft. The dial-a-flap system allows for a selection of a range of flap settings for better takeoff performance. The aerodynamically-positioned flight controls offer an incredibly smooth hand flying experience. Hydraulically-assisted rudder and elevator deflection is also simulated.

The detailed interior and exterior models, 2K textures (4K exterior textures in P3Dv4), and realistic sounds will capture the feeling of flying a modern airliner.

The cockpit and exterior models include details like accurate flight deck dimensions, detailed buttons, switches, and knobs, inner-wing control mechanisms, and realistic surface materials. Other key features include wing flex, hundreds of custom animations, and the ability to interact with nearly every control in the cockpit.

The aircraft features a tablet in the flight deck to assist with preflight setup, aircraft settings, Aircraft Sharing, and allows for viewing of documents in-sim. The aircraft also comes equipped with TrueGlass and RealLight. Integration with the REX WX Advantage and Active Sky provides a working weather radar.

Various options such as engine thrust rating, IRS alignment time, and unit selection provide a customizable experience. Over 200 pages of included documentation and a normal checklist help with aircraft familiarization and usage. 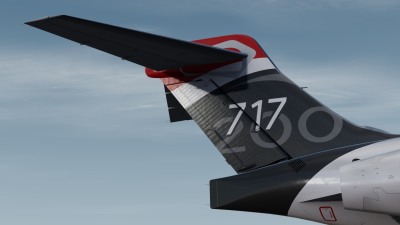 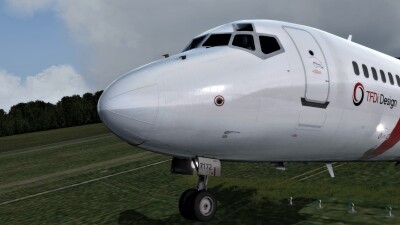 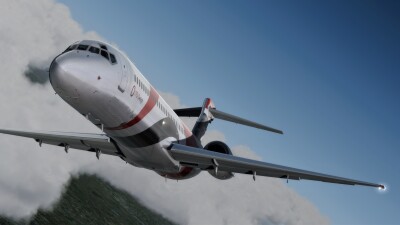 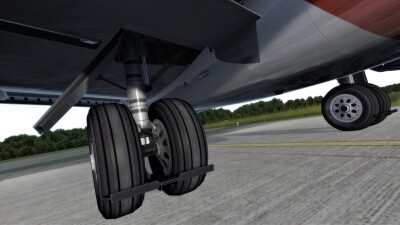 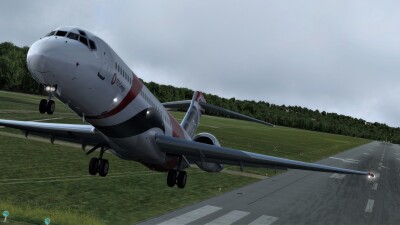 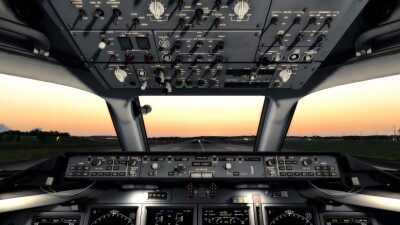 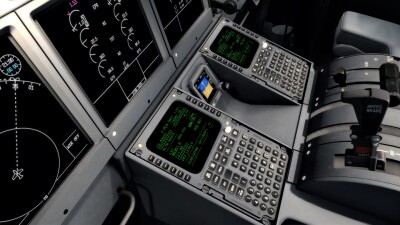 This product has been produced by TFDi Design. For TFDi Design product support, please to go https://support.tfdidesign.com/support/solutions