Quickly following on from the successful release of his Ålesund Vigra, developer Finn Hansen brings to life this delightful general aviation airfield located in the south of Norway. Brimming with charming details, ENNO encompasses both the airport and surrounding townsite, packing plenty of POI and off-airfield areas to explore. Continuing the theme of other recent Orbx releases, Notodden is a major upgrade of the original ESP release, with updated textures, complete PBR texturing, and many other small changes and improvements.

Perfectly located as a base for VFR flying, Notodden is a short flight away from Oslo, situated in a valley at the edge of Heddalsvannet. Perfect for $100 hamburger flights (note the restaurant faithfully modelled!), the airfield is also located nearby to other Orbx classics such as Alesund, Gothenburg, **Malmo **and Scandinavian Mountain Airport. For those interested in amphibian flying, the airfield also hosts a water landing and docking area.

The most unusual feature of the airport, however, is it's mid-runway road crossing on runway 12 - one of the few in the world. Beware of the occasional crossing vehicle when on short finals! 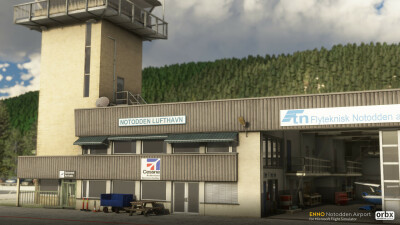 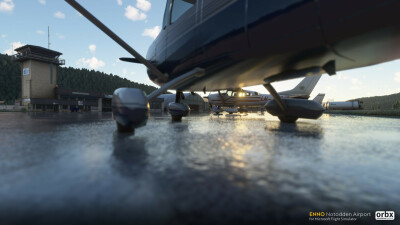 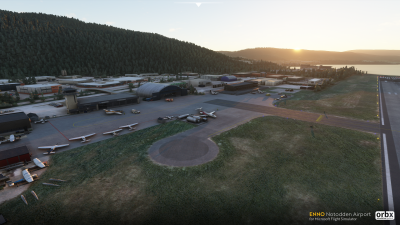 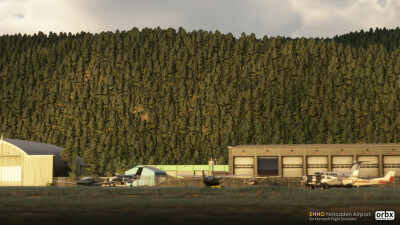 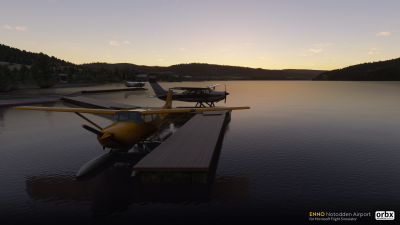 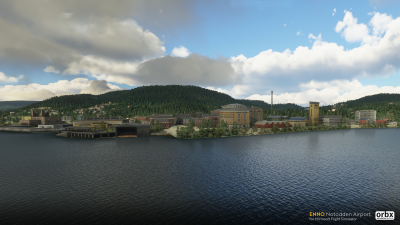 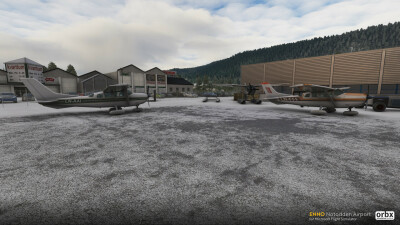 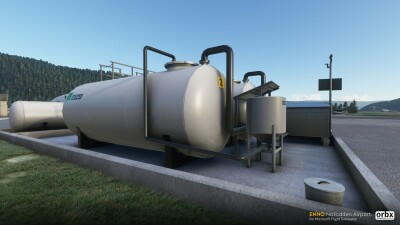 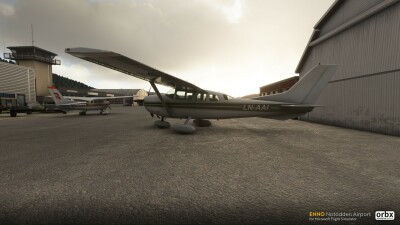