The Turbulent team have completely re-worked Big Bear to provide an even better experience with all new 2017 imagery, plus the addition of Orbx's flow technologies.

The primary airport buildings, groundpoly and surrounds were built by the legendary Russ White and his texturing skills really shine here! Combined with new static aircraft, PeopleFlow and CreatureFlow, the airport is an exciting place to visit. Big Bear City Airport is situated at the eastern end of Big Bear Lake. At an altitude of 6752ft (2058m), surrounded by hills on both sides and in a mountainous area of over 11,000 feet, Big Bear provides a challenge to any pilot. It has a 6750ft runway and is frequented by small GA aircraft, private jets and military/emergency service aircraft.

Big Bear City Airport includes a massive 1405km2 coverage area from the desert foothills in the east stretching all the way to Lake Arrowhead in the west and including huge mountains and deep valleys in between. As a bonus, the coverage area seamlessly links up with Jarrad's phenomenal Palm Springs Airport which is just 30NM southeast (not to mention 6500ft lower!). Included in the package is Lake Arrowhead airport, a private airstrip and associated homestead, located just north of Lake Arrowhead itself. Here you’ll find a 3170ft, gravel airstrip carved into the landscape. The airport is currently closed in the real world, but we’ve reopened it here for your enjoyment! Although designed from the ground up with NA Southern California in mind, Big Bear will blend quite happily with the all of the Orbx Global range. 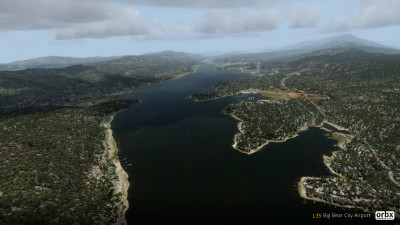 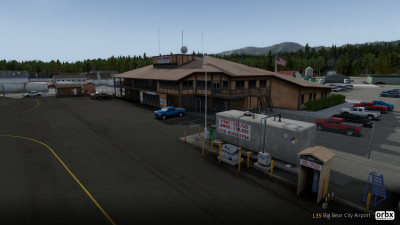 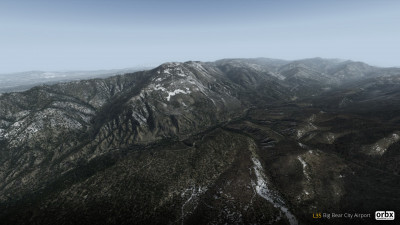 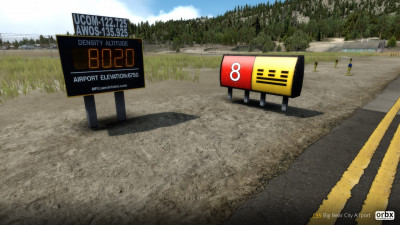 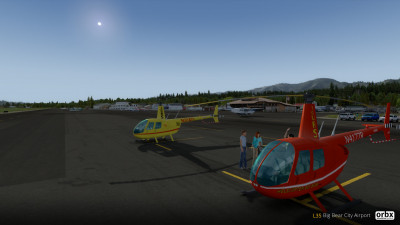 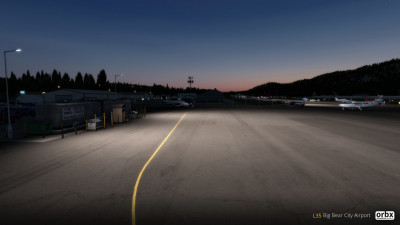 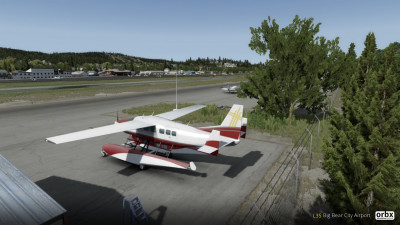 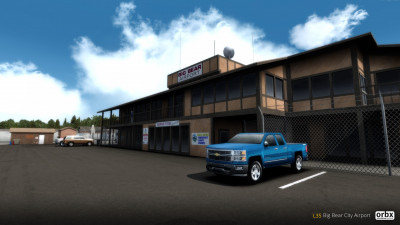 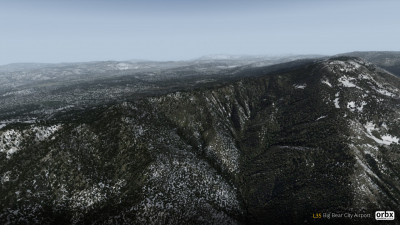 You require at least one of the following products to use L35 Big Bear City Airport.