This purchase will earn you 8 Orbs!
Orbs multiplied by 2x during the Launch Promotion promotion. Offer ends on 03 October 2022 at 01:00Z

USS Lexington (CV-2), nicknamed "Lady Lex", was the name ship of her class of two aircraft carriers built for the United States Navy during the 1920s. Originally designed as a battlecruiser, she was converted into one of the Navy's first aircraft carriers during construction to comply with the terms of the Washington Naval Treaty of 1922. The ship entered service in 1928 and was assigned to the Pacific Fleet for her entire career. Lexington participated in World War II, sinking during the Battle of the Coral Sea. We have created an accurate representation of USS Lexington functional with any aircraft on MSFS.

Realistic representation of USS Lexington (CV-2) during the 1942 Configuration, with full PBR texturing. Functional catapult and arrestor cables, with selectable launch speed and stop time according to the aircraft. This feature works with any payware or freeware aircraft. (MUST DOWNLOAD THE TOOL EXTERNALLY, SEE INSTRUCTIONS BELOW) 9 spawnable static locations around the Earth We will add any location you want for FREE! Email us with the coordinates, and we will place an aircraft carrier at that location for no additional cost. Static Aircraft, including the SBD-2 Dauntless and the F4F Wildcat.

Out of the box, the product includes 9 static, spawnable locations. This means that the carriers do not move (MSFS limitation), and flights can be started from the carrier. The carrier will be visible as a starred scenery on your MSFS map. We have created custom ICAOs for the different locations:

We will add any location of your preference for free. Email us at miltechsimulations@gmail.com with the coordinates and your proof of purchase, and we will add a carrier to that location within 24 hours.

We include with the product access to our fully functional SimConnect kinematics software to simulate the catapult and arrestor dynamics on an aircraft carrier. It is compatible with any aircraft you have installed. Carrier Launcher software is available for free here

Our product currently has a few limitations to take into consideration due to the current state of MSFS's SDK. Carriers are all static objects. We have no plans to make them move since this is not possible with MSFS's SDK. Airports have fixed coordinates. The product does not have animations. This means that the aircraft elevators do not move. The carriers have uncontrolled ATC. There is an ATC frequency for each, but these work as an uncontrolled airport (UNICOM). AI traffic does not visit this airport anyways. Carrier operations are basic. Do not expect carrier personnel to interact with the aircraft - user-triggered interactions are still not possible. Crash Detection must be off at all times, otherwise, you might have issues using the product. 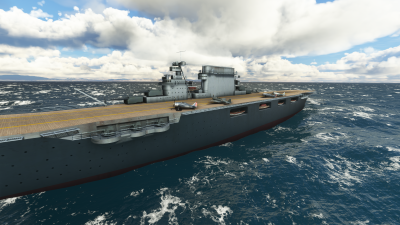 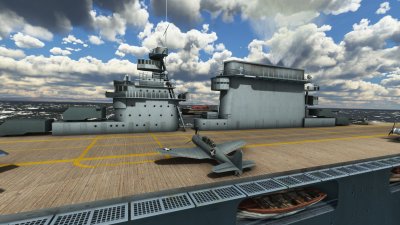 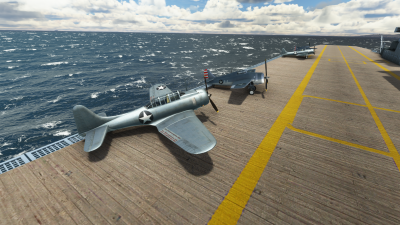 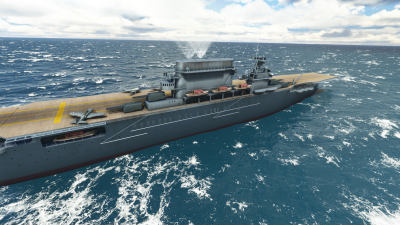 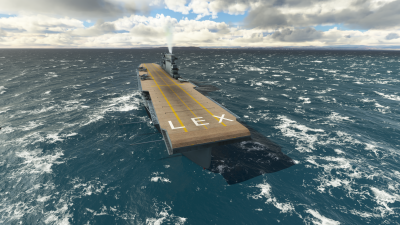