This purchase will earn you 19 Orbs!

We're proud to present a long-awaited release: 737 Immersion V2. The Boeing 737 is incontestably the most popular aircraft of all time. As such, we wanted to develop a product to break new ground and push boundaries. We did, and it’s ready for you!

Compatible with the following aircraft:

Enable, Disable, and Preview effects directly from the interface in a few clicks in Immersion Manager. 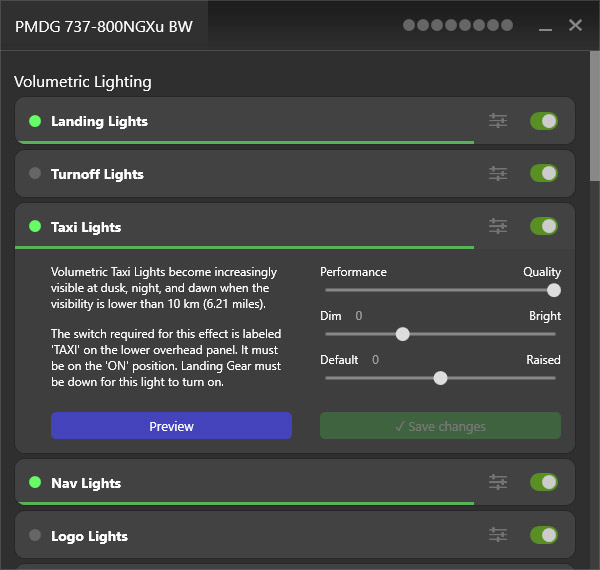 It's not part of our official mission statement yet, but it should be! Performance is our #1 priority at //42; our customers want max realism with a low impact on system resources. 737 Immersion V2 has undergone rigorous flight tests, and memory usage is next to nothing. Regarding frames-per-second (FPS), we have optimized 737 Immersion V2 to be a high-quality, FPS-friendly product.

737 Immersion V2 features multi-stage wing condensation, which provides a very organic feel to the effect. Departures in humid air will look stunning as moisture builds on the wing surface during departures and approaches!

Another brand new effect exclusive to 737 Immersion V2, APU Cold Start. Need to start a flight on a cold morning? Have the FO start the APU today and hop outside to enjoy this awesome effect in action behind the aircraft. You’ll also see the effect when arriving at cold destinations.

Reverse thrust is what started everything related to Immersion Packages. The lack of this effect in-sim or from developers made landings feel bland. There is something impressive about thousands of pounds of thrust being directed forward to slow the aircraft down. This is especially awesome on runways where moisture is present.

737 Immersion V2 delivers the latest version of our unique engine condensation effect! Providing three-stage engine condensation based on independent engine thrust. This effect is quite interesting to witness in real life; now virtual pilots can experience this real-world effect in their simulator.

St. Elmo's fire is a form of plasma visible as a luminous electrical discharge on the windshield at dusk or night, typically at cruise altitudes. Conditions that can generate St. Elmo's fire are present during thunderstorms when high voltage differentials are present between clouds and the ground underneath.

For 737 Immersion V2, we rebuilt volumetric lighting from the ground up. You can switch between the original lighting package and LEDs from the FMC. Some carriers are adding Pulse technology to their aircraft for increased visibility; you can now select w/Pulse, as we've also rendered that effect. Our volumetric lighting is far more realistic and precise than ever before; we can't wait for you to fly through dense clouds with our landing lights on. Your night flights will take on a new life, especially in bad weather!

You'll find our voluminous contrails at the heart of 737 Immersion V2. These provide impressive visuals that look as tasty as cotton candy! Together with the rest of the package, they add to the extensive list of weather phenomena included with 737 Immersion V2 to make cruising above the clouds a sight to behold.

737 Immersion renders jet wash effects under rain and snow conditions; this showcases the power strapped to the wings! We spent countless hours recreating this effect using real-world images, videos, and data. Peek outside the flight deck while spooling up to see what thousands of pounds of thrust does to moisture behind the aircraft!

Full tanks? You might just see some fuel overflow after a fill-up at the gate. Oh, and keep an eye on the fuel vents during departure too!

Touchdown effects at the wheels, engine start-up smoke under cold conditions, brake dust effects when retracting the landing gear, water vortex from the ground into the engine & lateral blast on rotation. We’ve got you covered from all angles!

Effects are not visible during Replays.

The Lockheed Martin Prepar3D replay system is limited and does not allow the replay of advanced effects systems. 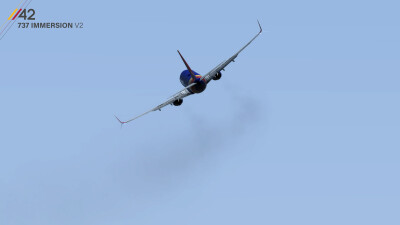 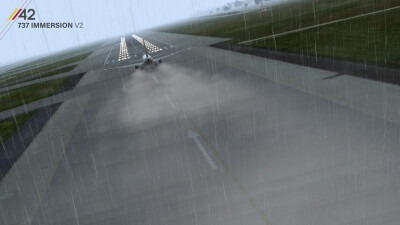 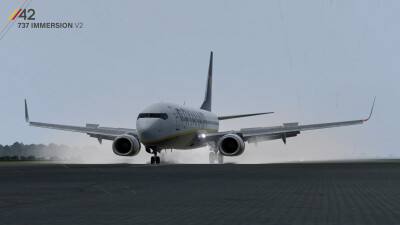 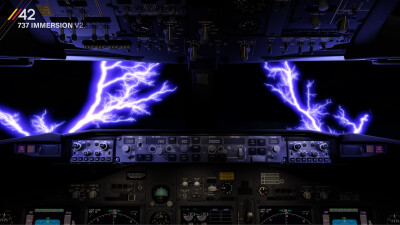 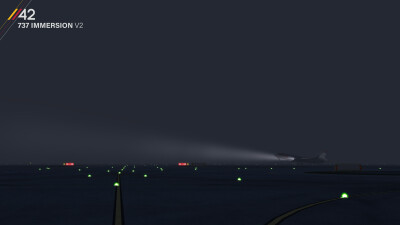 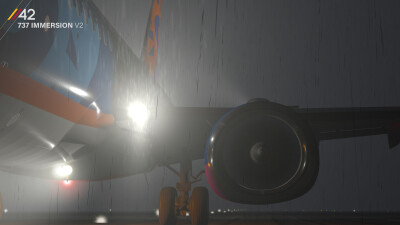 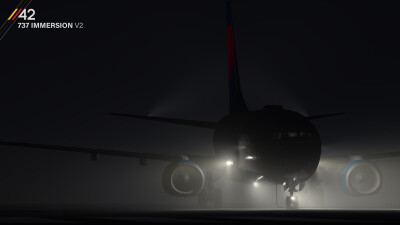 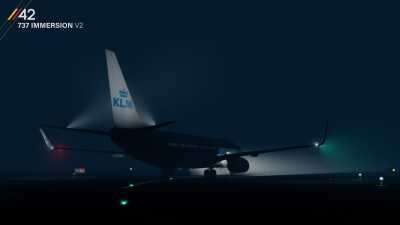